On Wednesday, the Utah High School Activities Association (UHSAA) hosted its Distinguished Service Award luncheon in Orem at the Sleepy Ridge Golf Course. The entire UHSAA Executive Committee along with distinguished guests gathered to recognize those individuals who have proven success and exemplified a positive influence to high schools students.

The distinguished award covers all sports in the 3A classification, both boys and girls. Tuttle was the nominee coming out of Region 12 for his continued success over the past several years.

“Lynn gets his teams to compete year after year and has a lot of success both on and off the floor with his teams,” read the nomination letter. Tuttle has led the Lady Spartans to several Region Championships and four State Championship games, where Emery has won two of those contests. He has also coached a number of players that have gone on to continue their basketball careers at the collegiate level.

Tuttle made a brief statement after receiving the prestigious award. “The experiences we have in high school often shape us for the rest of our lives. Being involved in activities, specifically high school sports, teaches teamwork, responsibility, self-discipline, accountability and respect for others. Those that participate in high school activities can feel a sense of belonging, which can contribute to overall good heath.”

Congratulations to Coach Tuttle for his hard work and dedication to the Spartan program and for being named the 3A Coach of the Year. 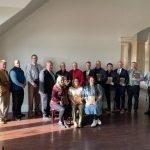 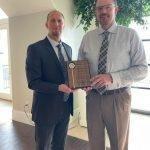