Two Emery County residents have been arrested in connection with a series of stolen vehicles. At 5:30 a.m. Saturday, ECSO Dispatch received a call from a Huntington resident stating that their vehicle, a maroon Ford Expedition, had been stolen. A detective from ECSO responded to the residence and processed the scene. A few hours later, a subject called ECSO Dispatch  to report an abandoned vehicle in the middle of an intersection in Huntington. It appeared that the vehicle, a silver SUV, had been in an accident. The same ECSO detective contacted the owners of the silver SUV who had no idea their vehicle was missing nor had they authorized anyone to use it.

After examining the damage to the silver SUV, it appeared from hair on the vehicle that whoever had been driving it had hit a deer. The owners of the vehicle looked inside to see if anything was missing. There was a cell phone on the driver’s floor that did not belong to the owners.

After looking at the cell phone, personnel were able to determine that it belonged to Ty Taylor. Further investigation linked another individual, Kyle Partis, to the vehicle thefts. Partis was located sitting in his vehicle at Huntington City Park.

Kyle Partis, age 21, was arrested and booked into Emery County Jail on three counts of Theft of a Motor Vehicle, a Second Degree Felony; Distribution of Marijuana, a Class A Misdemeanor; and Contributing Alcohol to Minor, a Class B Misdemeanor. Bail is set at $32,630.00.  Partis has previously served time in prison for vehicle theft.

Ty Taylor, age 21, was arrested and booked into Emery County Jail on two counts of Possession of a Stolen Vehicle, a Second Degree Felony. Bail is set at $20,000.00.

A third vehicle was located at the sewer ponds east of Huntington. Investigation is ongoing and there is no further information being released to the public at this time. 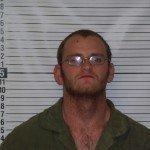 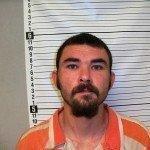