On July 8, Price City Police detectives made two arrests related to a recent string of burglaries.

Nicole Ann Greene (a.k.a. Sanchez), 26, of East Carbon was arrested and booked on a 72-hour hold through Adult Probation and Parole.

As a result of this contact, detectives put out an all points bulletin to locate Ward’s girlfriend, Greene. Greene was located later that evening in Duchesne and arrested by Adult Probation and Parole Agents there. Detectives Pugliese and Burke retrieved Greene from the Duchesne County Jail and booked her at the Carbon County Jail where she is being held on the 72-hour hold. Greene was allegedly in possession of stolen property from the burglaries.

The investigation is still ongoing and as details are pieced together, it is anticipated that additional charges will be made. Upon receiving all of the cases, the Carbon County Attorney’s Office will review the information for determination of appropriate formal charges. 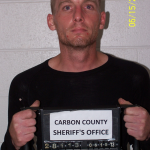 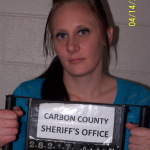