A two-car accident on Highway 10, at milepost 50, slowed down traffic on Wednesday at approximately 4:30 p.m. Police officers, fire crew and ambulance were on the scene.

Utah Highway Patrol Sgt. John Kelley reported that a 2000 Toyota Tacoma and a Pepsi pickup truck were both heading North on Highway 10 when the driver of the Pepsi truck, who was in the right lane of traffic, moved into the left lane to pass a slower vehicle. He was focused on the vehicle he was passing and didn’t notice that the Toyota Tacoma was in the left lane, almost to a complete stop and about to make a left turn into a private driveway. When the driver of the Pepsi truck saw the Tacoma it was too late to stop. The Pepsi truck slammed into the right rear of the Tacoma and the Pepsi truck suffered damage to the front and driver side of the truck.

The 51-year-old driver of the Pepsi truck, who is Helper resident, had to be extricated from the vehicle by the Huntington Fire Department. He was transported to Castleview Hospital and was treated for a laceration to his leg and other minor injuries.

The 24-year-old Huntington resident, driving the Toyota Tacoma was also transported to Castleview Hospital where he was treated for minor injuries and released. 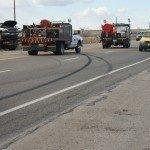 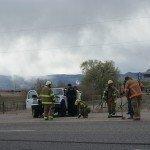 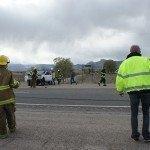 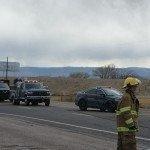 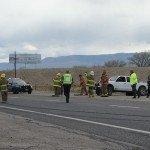 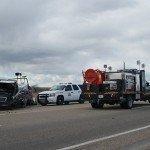 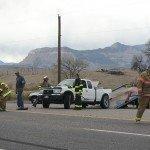 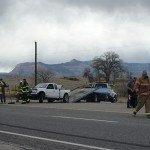 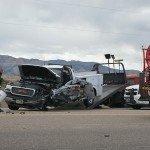 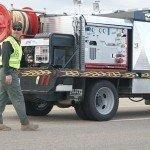 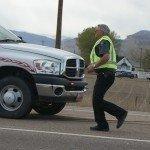 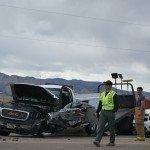 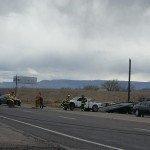 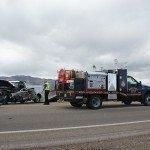 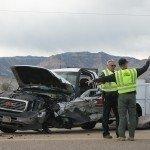 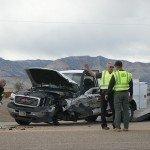 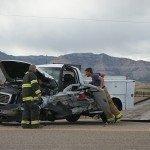 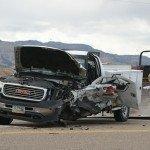 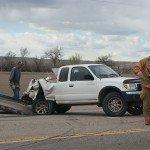 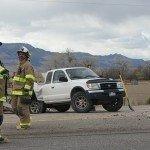 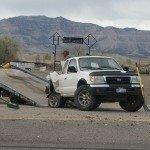