A two car accident on Highway 6 near Martin Road in Helper slowed traffic Thursday afternoon. At approximately noon, police and medical crews were called to the incident.

According to Utah Highway Patrol Sgt. John Kelley, an SUV driven by Angela White was stopped, attempting to make a left hand turn at the intersection of 10th North and Highway 6. A passenger car driven by Grishma McKendrick collided into the back end of White’s vehicle.

A three-year-old passenger was in the car at the time of the accident. Sgt. Kelley explained that the child was not injured because she was properly restrained in a car seat. “This is just a reminder on how important safety seats are,” Kelley stated.

An ambulance crew examined everyone involved in the accident. Only minor injuries were sustained and transportation to the hospital was not necessary.

Both vehicles suffered significant damage. The SUV involved in the accident is licensed to Carbon County and was being used for its intended purpose. 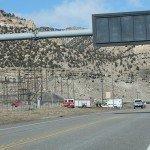 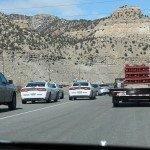 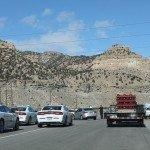 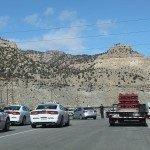 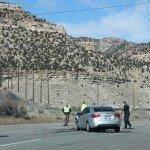 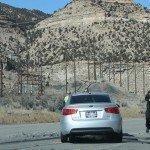 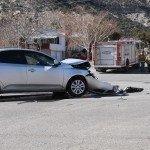 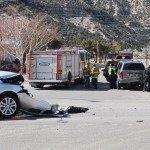 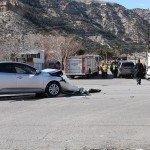 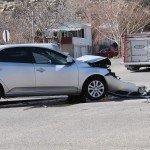