On 1-6-15, agents from the Carbon Metro Drug Task Force, assisted by local Adult Probation and Parole agents, arrested Price resident Christopher T. Gill, DOB 8-31-73, for a variety of serious drug related charges. This arrest was the culmination of months of work and investigation by Task Force Agents Mike Adams and Stephen Regruto. Numerous other cases were pending filing against Mr. Gill based on these investigations.

Mr. Gill and another co-defendant were found to be in possession of 3.4 ounces of methamphetamine, 1.8 ounces of heroin, and nearly $3000 cash, which were all seized by agents.

On 1-16-16, based on months of investigation by Carbon Metro Agents Adams and Regruto, a search warrant was issued by the 7th District Court for the residence of Price resident Thomas Albert Sanchez, DOB 9/26/84. Deputies from the Carbon County Sheriff’s SWAT team secured the residence and then officers and deputies from Price City, Helper City and the Carbon County Sheriff’s Office assisted the agents with the search of the residence. Patrol Deputy Brandon Wilson located most of the drugs seized during the search, discovering them in a hidden and disguised location within a wall of the home.

Mr. Sanchez was booked into the Carbon County jail on numerous drug and weapons charges. He had two prior arrests. Numerous other cases were pending filing against Mr. Sanchez based on these investigations.

Because of unique circumstances with each of the cases, with permission from the Carbon County Attorney’s Office, Carbon Metro agents communicated with Special Agent Christian Mickelsen, who is assigned to the Salt Lake City Drug Enforcement Administration (DEA) Metro Narcotics Task Force. Agent Mickelsen reviewed the cases with the U.S. Attorney’s Office who agreed to undertake the prosecution of both cases in federal court. This involved handling all of the respective cases of both Gill and Sanchez.

Mickelsen then entered into ongoing joint investigation efforts with Carbon Metro agents Mike Adams and now Brandon Ratcliffe. Their ongoing efforts resulted in another search warrant being issued at Mr. Sanchez’ same residence, and on 6-23-16 all the previously listed agencies, plus agents from DEA and Alcohol, Tobacco and Firearms, assisted in the service of the warrant, and the arrest of Mr. Sanchez for a federal arrest warrant based on the case from January. Mr. Sanchez was also found to be in possession of a large sum of cash and a shotgun at that time. Mr. Sanchez was temporarily detained at the Carbon County Sheriff’s Office jail pending transport by the U.S. Marshals to begin his federal court appearances.

On 9/27/16, Mr. Gill pled guilty to his federal charges, and on 12/12/16 he was sentenced to 90 months and he is currently serving his term at the federal prison located in Oxford, Wisconsin.

On 1/24/17, Mr. Sanchez pled guilty to his federal charges, and on 4/12/17 he was sentenced to 120 months. Mr. Sanchez has requested he be allowed to serve his term at the federal prison located north of Phoenix, Arizona, and the court concurred with the recommendation, but a final decision has not been made on that yet.

On April 13, 2017, the Carbon Metro Drug Task Force was notified by Price City officials that the new owners of Mr. Sanchez’ residence, had made arrangements for all the utilities to be disconnected at the residence in preparation for demolition and leveling of the structure. Over the last several years, this residence has been the scene of numerous criminal incidents. 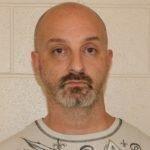 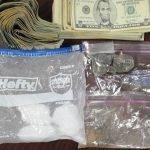 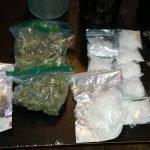 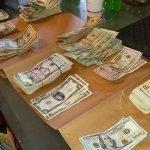 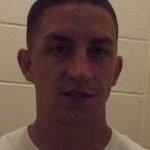