A two-vehicle accident on Highway 6 near Thistle Junction resulted in two fatalities.

The incident occurred at approximately 1:07 p.m. when a Nissan Maxima pulled out in front of a Jeep Wrangler. According to Utah Highway Patrol, the Jeep t-boned the Nissan.

Katerine P. Marcus, 16 and Taylor Marcus, 12, both of Ogden, passed away at the scene. Occupants of the Jeep did not receive serious injury according to the UHP report.

Traffic was slowed for several hours as crews worked the scene.

According to Utah Highway Patrol Sgt. Todd Royce, a two vehicle accident occurred at approximately 1:07 p.m. at the intersection of Highway 6 and US Highway 89 near Billie’s Mountain.

“It appears that a vehicle pulled out onto Highway 6 at the intersection and collided with another vehicle,” Sgt. Royce explained. “It was a t-bone crash that resulted in two fatalities.”

Currently, one lane of traffic is open while crews work the scene. Motorists should expect minor delays. It is unknown at this time as to when both lanes of traffic will be open.

More details will be posted as they become available. 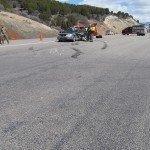 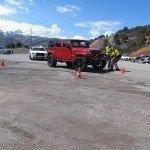 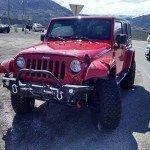