A two-vehicle accident resulted in a double fatality on Thursday morning.

According to Sgt. Todd Royce from the Utah Highway Patrol, the accident occurred at 5:06 a.m. at milepost 251 on Highway 6 near Wellington. A 2004 Nissan Sentra traveling westbound crossed two lanes and impacted head on with eastbound 2006 Chevy HHR.

Michael Jensen, 51, of Wellington and Calvin Sutherland, 32, of Draper were pronounced dead at the scene. Both were wearing their seat belts. No passengers were in either vehicle.

According to authorities, the Nissan had been called in by a semi driver prior to the incident for stopping and erratic driving just west of I-70. The highway was fully closed for about an hour and partially closed for an additional hour.

The accident is still under investigation by the Utah Highway Patrol. 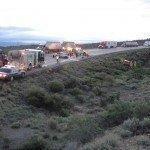 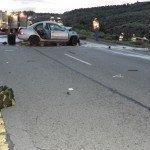 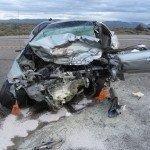 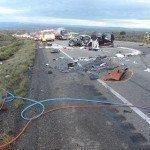