An early morning rollover on Thursday resulted in two individuals sustaining critical injuries, according to the Utah Highway Patrol (UHP).

At approximately 9:46 a.m., a pickup truck pulling a camp trailer and a small utility trailer loaded with ATVs was traveling eastbound on SR-6. Near milepost 186, the driver lost control of the vehicle, resulting in the vehicle rolling over and landing on its top.

UHP stated that the male driver was flown to the Utah Valley Regional Medical Center (UVRMC) in extremely critical condition, while a female passenger was also taken to UVRMC in critical condition by ground transport.

As a result of the crash, traffic was affected for several hours as the two eastbound lanes were closed. The lanes opened back up around 3 p.m. that day.

At this time, it is unknown whether smoke or any other factor from the Coal Hollow Fire was a result of the crash.

Check back to ETV 10 News for more information as it becomes available. 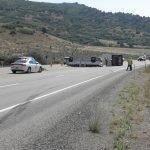 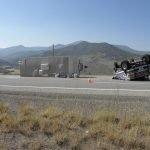 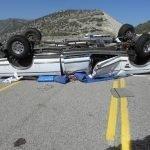