Victoria Dastrup, an alumna of the College of Eastern Utah, recently received her bachelor of fine arts (BFA) from the University of Utah and is producing pottery and ceramic sculpture in Castle Country. Her love of ceramics came after taking classes from CEU’s Blaine Atwood and it has grown ever since. She lives in Price with her husband and baby girl.

Dastrup’s ceramic work is inspired by the rituals of eating and the outdoors. The dinner table was a gathering place for family and close friends. This is where her childhood memories of home and family togetherness were built.

“My parents exposed me to nature and my environment,” Dastrup said. “This exposure has made me feel connected and in tune with the world around me. Camping was a part of summer; we went camping quite a bit, so we lived outside, ate, slept, played and bathed in the outdoors. In a way, nature and food feel like home to me and I strive to combine those two elements into my work.

“I use textures that exist in nature that I find myself interacting and reacting with,” she said. “I want to convey a sense of recognition and yearning of interaction. Nature has been pushed out of our homes and lives to a degree that it goes unnoticed. I strive to incorporate organic shape and color, occurring in nature, so that nature can become a part of the home again.”

Local artist Wayne Stevens didn’t expect to end up in a small central Utah town, where he now resides. He was living in Florida when he sold his home and happened to be driving west on Highway 6 and came upon his current home and studio in Wellington.

He has lived in Wellington for nine years and enjoyed his experience in the bluffs and foothills of Carbon County. Stevens, known to his friends and admirers as “Stev,” is originally from New York State, near Niagra Falls. His father and brothers were painters; his uncles were painters as well, so he grew up around art as a boy.

The paintings in this exhibit represent Stevens’ fascination with the repeating patterns in the natural world. Many of these repeating—sometimes replicating—patterns can only be seen microscopically.

Fractals, as they are called, can be visibly seen in micro-organisms, but they also appear mathematically, as replicating geometrical shapes. “We know that there are patterns in nature, even in chaos. That’s how it is in the molecular world,” says Stevens. “We are in a colorful kaleidoscope world that we might not see, but we know is there. I am trying to visualize this in my work.”

The colors and shapes may look chaotic up close, but as we back away from it, they come together visually. “I believe we have energy and patterns inside of us that I would like to bring out and represent in my work.”

Stevens regularly exhibits and sells his work in Northern Arizona and Florida. He shows his work in community fairs and arts festivals. He said he has paintings in public and private collections.

An opening reception for the exhibit is on Friday, Nov. 14, from 6 to 8 p.m. at Gallery East, located on the northwest corner of the SAC Building. The exhibit is open Monday through Thursday from 11 a.m. to 5 p.m. or by appointment through Dec. 11. The gallery is closed on weekends and holidays. Attendance to the gallery is free and open to the public.

Any questions about the exhibit should be directed to Noel Carmack at (435) 613-5241 or by email at noel.carmack@usu.edu. 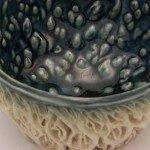 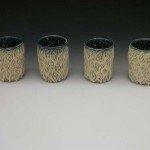 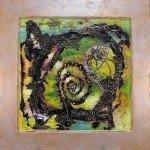 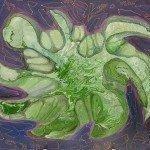 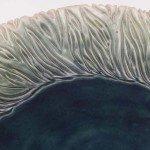