The National Team Regional allows players to compete against the best athletes and train with current NCAA coaches as well as former NFL players and coaches, all while trying out for the U.S. National Team.

The two athletes will not only represent Carbon High School but Price City and Utah as well in Dallas, Texas this July. This is a huge accomplishment in both of the young football player’s career. 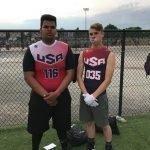 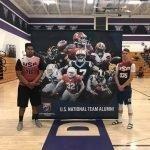