The event consists of two shows, including one in the morning and one in the evening. This is for the purpose of completing most of the judging in the morning portion and using the afternoon portion for entertainment purposes.

During the shows, each division is called out to be judged by classes such as middle weight, class B, etc. The divisions include, but are not limited to, bodybuilding, physique and classic physique. The primary difference in the criteria for bodybuilding and classic physique is that the latter has a weight limit based on a competition’s height whereas bodybuilding simply has weight limits. This criteria was created with the idea that it will limit the amount of mass a competitor may have and will produce a more aesthetic-looking competitor.

In both classic physique and bodybuilding, judges are searching for muscle mass, conditioning and symmetry. In order to evaluate competitors’ standings in these categories, the judges take the time to observe each competitor in a group and put them through a series of poses that are relaxed as well as mandatory.

Bodybuilding judges rank the competitors based on who they believe in the best in each of the aforementioned categories and use the ranking system to determine who is placed in the final spot.

Men’s physique follows a weight and height cut that is similar to that of classic physique. In this category, the competitors are judged based off of stage presence/charisma, conditioning and muscularity. In this category, athletes are docked points for having too much muscle mass and extremely low levels of body fat.

Physique competitors present themselves in “presentation” and “comparison round,” which brings the competitors to the center of the stage walking front and back, then bringing them back out in a group while being directed in different angles.

Those that are able to win in their particular class are then given the opportunity to compete in the overall winner of the category, where the judges then use the same protocol listed before the decide the ultimate winner.

Jackson secured a win in the Middle Weight Bodybuilding class and was deemed the Overall Champion against all other bodybuilders in all of the other classes, which were light weight and light heavy weight. 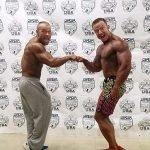 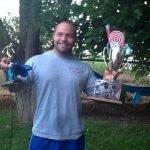 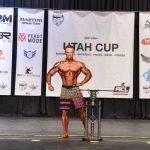 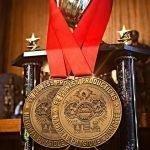 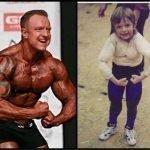 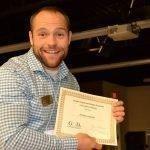