At approximately 5:12 p.m., a Chevy Cavalier driven by Hailey Evans, 20, of Price was travelling eastbound on Highway 6 near milepost 211. According to Utah Highway Patrol, Evans attempted to make a last minute pass in front of a semi truck just before the passing lane ended. Witnesses reported to UHP that Evans was traveling too fast as she tried to move back in front of the semi. She lost control of the vehicle and swerved into the westbound travel lane.

UHP indicated that a Jeep occupied by five individuals from Price (husband, wife, two infants and grandmother), was in the same area. The Caviler impacted the Jeep in the westbound lanes. Evans was not wearing her seat belt and was ejected from the car.

Evans was flown by Eagle AirMed in critical condition to Utah Valley Regional Medical Center. The five occupants in the Jeep were transported by ground ambulance to Castleview Hospital. According to UHP, all five individuals have been treated and released.

There is no indication of impairment, merely an unsafe pass attempt and excessive speed. Citations are pending the conclusion of the investigation. 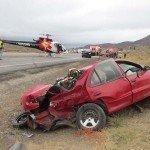 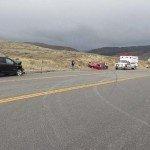 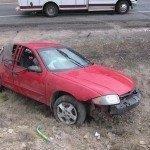 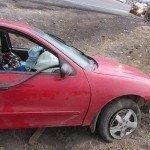 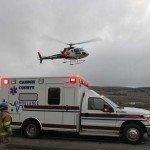 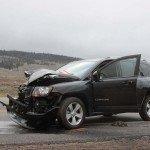