Two wildfires have been confirmed north and east of Sunnyside.

According to Clark Maughan from the Moab Interagency Fire center, the fires ignited on Sunday from lightning strikes.

The Bear Canyon fire, approximately four miles north of Sunnyside, is currently burning around 10 acres of brush and timber. No structures are threatened at this time. Currently, four smoke jumpers and heavy tankers are working on the fire in a steep, inaccessible area. Also, a hot shot crew and an additional load of smoke jumpers have been called to assist.

The Cottonwood Ridge fire,11 miles northeast of Sunnyside, is currently burning approximately 15 acres of timber and brush. No structures are threatened at this time and the area is slightly more accessible than Bear Canyon. According to Maughan, currently eight smoke jumpers, one fire engine and one light helicopter are on scene. Also, several hot shot crews ordered and four hand crews had been ordered to the fire.

“There is no containment at this time,” Maughan commented regarding both of the fires. 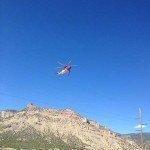 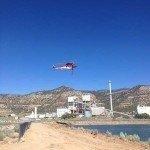 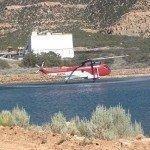 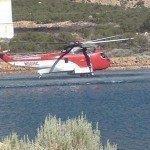 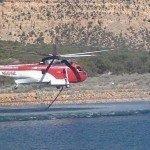