U.S. Senate hopeful Dr. Mike Kennedy visited USU Eastern on Tuesday evening to engage with the community, introduce himself and take time to answer pressing questions from community members. Beginning the evening was Carbon County Commission hopeful Kendra Seeley, who introduced Kennedy and stated that he has served as a republican representative since 2013.

After the Pledge of Allegiance, Kennedy jumped in to his own history and background. Kennedy is not only a family doctor and representative, but an attorney as well. As a hardworking and busy individual, Kennedy expressed his appreciation and awe toward freedom in the U.S.

Kennedy stated that many years ago, his father traveled to America as an immigrant from Canada. Therefore, he has a close family acknowledgment that the American Flag represents much, including the freedom to speak and participate. Kennedy urged the community to get out and vote, stating that he has never believed a single voice would not be heard.

As a family doctor whose wife is a doula, Kennedy spends much of his time thinking to the future in terms of healthcare for his patients as well as his own family. As an attorney, Kennedy is well-versed in the law and opportunities to work within the bounds of laws. He stated that as a U.S. Senator, he would fight against more intrusion in personal lives.

“I know that we have the solutions to the issues we confront,” stated Kennedy.

With a unique set of skills and experience, Kennedy felt that it was time for him to offer his services to the good people of Utah, who have many decisions to make as ways of voting in two week’s time. Kennedy urged all to consider the power of the people reflected by voters.

He concluded by stating that he knows people; it is his profession. Kennedy has worked closely with the governor, senator and other representatives and believes that it is an important component of the race to intimately know Utah. 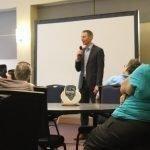 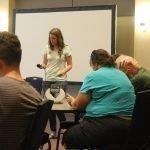 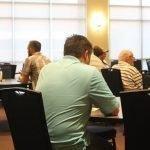 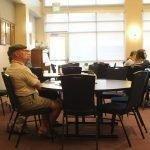 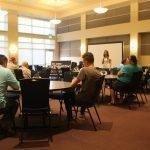 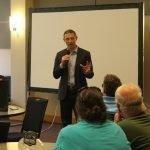 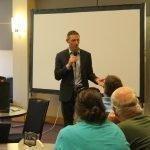 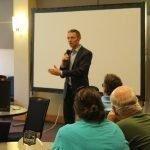