By Karen Basso and Scottie Kraync

Upon entering the octagon, Layton native Court McGee appears to be an ultimate fighter with his quick jabs, fierce kicks and extreme focus. A 16-3 in UFC (Ultimate Fighting Championship) throughout the United States, Canada and Australia prove that he is certainly a force to be reckoned with.

However, McGee was no match in his fight against drugs and alcohol. After suffering an elbow injury during a high school wrestling match, he was prescribed pain killers. McGee began to abuse the pills, later mixing them with alcohol. The star athlete started on a downward spiral which included “hanging with the wrong people,” excessive drinking and experimenting with hard drugs.

In 2005, heroin caused McGee to tap out for a solid eight minutes, during which time he was officially dead. EMTs were unable to resuscitate him after he collapsed in his cousin’s bathroom while his parents stood in shock. Thankfully, an investigating officer, who went to school with McGee, found the heroin “kit” that was used in the overdose. The discovery allowed EMTs to react accordingly and finally bring McGee back into the fight.

After the overdose, McGee had to once again learn how to walk, talk and function normally. While on his road to recovery, he relapsed back into drugs and alcohol four times. During that time, fighting became his new addiction. It allowed him to turn his thoughts from drugs and alcohol to training to become a professional mixed martial arts fighter.

In 2010, McGee became the winner of The Ultimate Fighter, a show that seeks a rising star in the MMA world. After this win, the fighter moved on to compete in the UFC, where his 16-3 record has been earned.

The fighter has been sober since April 16, 2006. Now, he shares his story with recovering addicts, prisoners and for the first time, high school and junior high students. “I have shared my story everywhere, from prisons to LDS churches. Everyone knows someone who has been affected by addiction,” McGee explained. “No matter where someone comes from or where they are going, there is always a way out of addiction.”

McGee is a firm believer that everybody can become somebody. “Growing up, I loved martial arts and I enjoyed wrestling, but I never imagined I would be working for the UFC or speaking publicly,” he explained. “It just goes to show that you can accomplish anything when your sober.”

“Surround yourself with people that are good influences,” McGee advised. “I am constantly reminded how bad things were when I was an addict. I look at what I have acquired during the time I have been sober and realize none of it would have been possible if I was still under the influence of drugs and alcohol.”

Often times family and friends do not know who to turn to for advice or how to help a loved one that is suffering from addiction. McGee recommends groups such as Alcoholics Anonymous and other organizations that specialize in addiction and recovery. “These groups have knowledge and information for those who are addicted and their families,” he stated. “By contacting these groups, the road to recovery can begin.”

McGee is quick to admit that recovery is not an easy process. “I relapsed several times before becoming sober,” he explained. “But I am now 2,734 days sober.” For McGee, winning the battle over addiction outweighs any win in the octagon.

Emery High and Green River High students had the opportunity to listen to McGee share his story on Tuesday while students at San Rafael and Canyon View Junior High enjoyed his presentation on Wednesday. He hopes that his story will help even one person understand that there is hope. “It doesn’t matter where you come from, who you are, what your race or gender is, you can suffer from addiction,” McGee concluded. “But you can also become whatever you want if you are sober.”

The series of assemblies was made possible by Emery Telcom and the Emery County Sheriff’s Office. 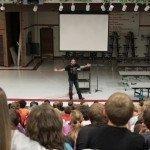 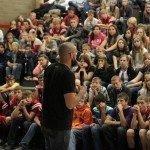 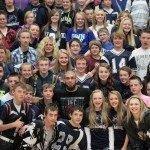 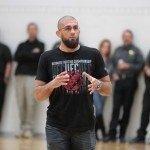 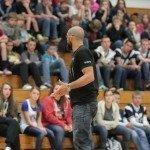 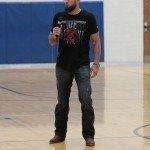 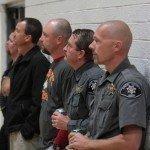 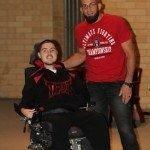 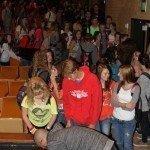 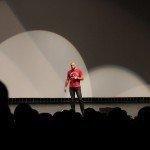 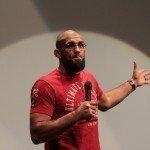 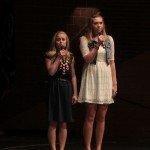