Utah Junior High School Rodeo Association (UJHSRA) members competed at the Southern Utah Rodeo in Hurricane on Feb. 26 and 27. The Emery rodeo club had an excellent showing after a few months off during the winter.

On Saturday, Kamz Rich and McElprang were second and third in bull riding. Shaynee Fox scored seventh in girls’ breakaway and Whit Weber was third in saddle bronc steer riding. Will Jeffs was fifth in tie down roping as well as 10th in ribbon roping with partner Charity Greenhalgh. Stace Gilbert was second in breakaway while Weber placed eighth. 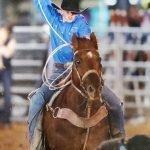 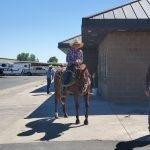