Randall stressed that the University was not there to compete with the other universities such as USU, but was there to collaborate. He explained that collaboration is more difficult, but has a much more beneficial result. Randall also explained that one thing unique about the University of Utah was the medical function. Almost all Utahans have some interaction with the U of U for medical reasons. This makes that university unique and very important to the entire state.

The community leaders then expressed their concerns and needs. One major topic was the reduction in coal related jobs. Randall introduced some of his staff that were working on research that may alleviate some of these concerns. The idea was shared that the area still had access to land, water, and transmission lines and that the area could still play a vital role in energy production. Kem Gardner was in attendance and spoke to the vast asset the transmission lines were in the area. He indicated that his affiliated companies were investing significant money in solar projects in Wellington and Moore, because of the transmission facilities. Kem Gardner also offered to fund $100,000 in scholarships to help with some of the concerns. He explained that these future projects would greatly increase the tax base in the area.

Emery County Commissioner, Lynne Sitterud explained that the San Rafael Research Center had been created to research opportunities for Castle Country to maintain its role in energy production and the future coal industry. Randall expressed support for the center and indicated that researchers from the U of U would be researching such issues using the center.

Randall was appointed as the president of the University of Utah in August 2021. 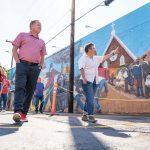 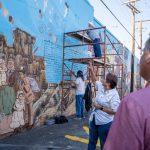 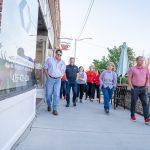 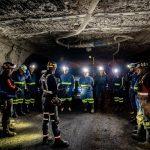 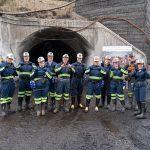