A 20-year-old Green River resident, Nicholas Cordingley, was arrested on Sunday in connection with the burglary of Book Cliff Elementary. Cordingley was arrested at a gas station without incident. Some of the stolen items have been recovered and returned to the school. The 2012 Chevy Impala was located in San Juan County, but the car has been intentionally destroyed beyond repair. Cordingley appeared in Seventh District Court yesterday on charges of burglary of a non-dwelling, theft of a motor vehicle, and theft (value exceeding $5,000.00). The investigation is ongoing.

A $2,000 reward is being offered for information leading to the arrest and conviction of the person(s) involved in an overnight burglary at Book Cliff Elementary in Green River, Utah.

Upon arriving at the school this morning, the janitor noticed that things were out of place. It was soon discovered that 27 iPads and a Kindle had been stolen. The iPads and Kindle were used by the students as part of their daily curriculum, and this loss will have great impact on the school children. The building was searched and determined to be clear, but school was cancelled as the investigation continues for other missing items.

Also stolen was a white 2012 Chevy Impala with the school district logo on the side doors. License plate of the Impala is 508875 ex.  If you have any information, please contact the Emery County Sheriff’s Office at 435-381-2404. 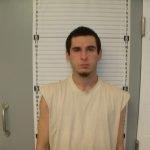 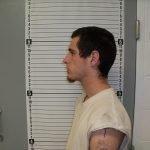