In a show of unity with the Castle Country Business Expansion and Retention program, Castleview Hospital CEO Mark Holyoak spoke at length about how the BEAR program worked diligently to help his organization get the plans started for the new Castleview Urgent Care facility a few years ago.

“This facility is something that truly evolved through the BEAR program,” said Holyoak during the general meeting of the program on April 12. “BEAR approached us with the community need for an urgent care facility in the area. We looked around at several buildings and were considering how we would remodel them to fit our needs. It came down to the fact that we needed to beautify the area as well as providing the services needed by the community, so we built a new building.”

Nick Tatton, Price City Community Director, was one of the key players in working with the hospital on getting the program started and securing a site for the building. He pointed out that in working with the hospital, they had come down to the conclusion that the area needed such a facility because the cost of using the emergency room for minor illnesses or injuries was hurting the community. In addition, he said they found a partner for the service at USU Eastern, which had a student health program that could benefit from putting such a facility in service.

Holyoak said that in the planning process, they wanted to develop a walk-in facility where people could come in and get care during off hours and on weekends as well as during regular business hours. He then turned to Greg Cook, the CFO of Castleview Hospital, who pointed out some the reasons behind the center.

Holyoak also pointed out that another program that has been in place for some time is also housed in the building, Workpoint. Workpoint is the occupational service line of Castleview Hospital, and Jamie Fox, who heads up that part of the hospital’s services, spoke about what that offering provides.

“We service employers to keep their employees healthy,” said Fox. “We provide specialized screenings, including pre-employment screenings, DOT screenings, mine rescue, return to work and others.”

The center in the Urgent Care building is all inclusive with necessary tests and X-rays done at that location. They also do drug screening for pre-employment or regular random screenings for employers. Their personnel are certified in all the tests that are provided.

“We can also facilitate and take care of an injured employee quickly,” she stated. “In addition, we also provide wellness programs for companies.”

Workpoint was implemented a few years ago to reduce costs for businesses and to help with occupational medicine in the area.

Another component of the facility was the placing of a pharmacy in the building, one that has a drive up window. The pharmacy is called Pinnacle Peak Pharmacy. Scott Cowdell is the Managing Pharmacist for both Pinnacle and the one at the hospital. One of the first things he pointed out is that Pinnacle Peak Pharmacy, located in the northeast part of the building is separate from the Urgent Care, is not only for that program’s patients but for anyone that wants to have prescriptions filled there.

“There are presently eight and soon to be nine pharmacies in the two-county area,” said Cowdell. “And we are one of those.”

He then told the story behind the new pharmacy and its development. He said it started with a brainstorming session in 2014 and then they began to dig dirt for the building in 2015. In October of 2017, there was the ribbon cutting ceremony and they began serving clients.

While he spoke about the pharmacy itself, he also concentrated on the staff at the pharmacy and what their emphasis toward the community is.

“When people come to get a prescription at Pinnacle, it should almost be a byproduct of the relationship with the staff that works there,” he said as he went through the list of employees, their backgrounds, training and emphasis on community service. He said it is important that customers feel valued and then they will come back.

While it is like many other pharmacies, it differs in that they also have a compounding pharmacy there and can make custom pharmaceuticals. Counseling on the use of prescriptions is offered as well.

“We also offer home delivery,” said Cowdell. “In addition, we provide what is called hospital bed delivery. This allows patients to leave the facility with the prescriptions they need in hand. This is done both for in-patient and out-patient treatment.”

The pharmacy also can unit dose and bubble pack medications for patients and has been working with people who need that kind of help in some local care facilities.

He then discussed the Freedom of Choice program, a discount drug program for people that don’t have insurance, which helps them to get pharmaceuticals at a lower price.

Cowdell said he would like to see the pharmacy become a kind of gathering spot because it has a nice lounge for people waiting along with retail section that includes items such as penny candy, a soda fountain and specialty gifts.

One of the things he was most proud of is the work the pharmacy personnel are doing with a pharmacy training program for pharmacy assistants at the facility.

“We are able to do this kind of training in house to get people started in the profession,” said Cowdell. “It helps get them into the pharmacy field and then they can work when they go to a pharmacy school and make a good living at the same time.” 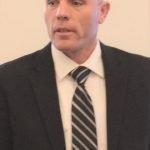 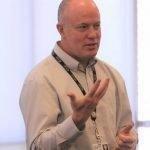 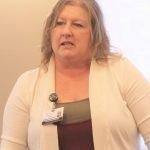 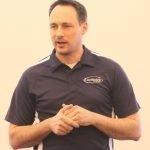