It’s no secret that opioid dependency has reached staggering heights in Carbon County and the surrounding areas.

According to a local member of the police force, a couple of years ago was when the town really started suffering. It seemed as if there were heroin overdoses about every two weeks with a high number of people passing away from the overdose. It became an alarming situation and something that clearly needed a solution.

Melody Yost-Ellett is a resident of the Salt Lake area and suffered the loss of her son, Ashlin Yost, to an overdose in 2014. Unfortunately, when her son began overdosing, the people with him started to panic. Instead of calling an ambulance immediately, they attempted to Google ways to help him on their own and dashed to hide their paraphernalia.

Yost-Ellett was compelled, after the loss of her son, to begin her own foundation called Ash’s to Ash’s. This foundation focuses on making people aware of addiction and the ways that it can be helped and how overdose can be prevented. Yost-Ellet’s daughter, Megan, noticed several of the local articles about the substance abuse problem in our area and they were compelled to come to our town and assist.

Yost-Ellett has been a CPR/BLS instructor for over 25 years and is a retired paramedic.

“This is my passion; if I had a hilltop to shout it from, I would,” stated Yost-Ellett, referring to the fight against addiction and overdose.

Heroin use is a part of a larger substance abuse problem. It has been proven that people who are addicted to alcohol, marijuana and cocaine are all, in varying degrees, more likely to become dependent on opioids.

A meeting was held with Representative Brad King before last year’s legislative session that included King, Yost-Ellett and a couple of members of the police force. The legislature passed eight different bills related to this issue, among them the Good Samaritan Bill. The Good Samaritan Bill allows a citizen at the scene of an overdose victim to remain and assist the officers without an immediate and negative consequence.

In comes Narcan/Naloxone. The drug is a life-saving solution to an overdose victim. According to a press release, Naloxone works by kicking the opiates out of the receptors in the brain. It’s effective — the person who is overdosing starts breathing again, but he or she also starts feeling the pain of withdrawal almost immediately.

Also according to the press release, funds for the Naloxone kits were provided by Four Corners Community Behavioral Health Center. Yost-Ellett hosted a presentation at the civic auditorium recently to demonstrate the way naloxone is used.

“We are very proud of our local law enforcement for taking this step; they are setting a beautiful, life affirming example for our entire state,”stated Karen Dolan, executive director at Four Corners. “If we can help people stay alive, get them the support and treatment they need, they’ll have a chance at long-term recovery.”

Dr. Jen Plum, from the Commission on Criminal and Juvenile Justice (CCJJ), will be overseeing the program with the assistance of Tiffany VanSickle and other members of the drug prevention coalition, C.A.R.E. There was an initial training for the officers on May 26 and another will be offered on June 30.

There are several ways that Narcan/Naloxone may be administered. The version that the officers of the area will be using is a nasal spray that is simple yet effective. This medicine will also be available to community members. Anyone wishing to acquire Narcan/Naloxone may go to the Four Corners office in Price and get a prescription, no questions asked.

The police force would like to give a special thanks to Rep. King for the hard work that he has put toward making this a possibility. Dolan praised our local police force for being so willing to work on this. It is more than law enforcement officers are doing nationally, said Dolan. She believes that it is because of our tight-knit community.

“Thank you so much for being willing,” Dolan said at the end of the presentation. “You guys are pioneers in the state of Utah.”

If you or someone you care about would like a Narcan/Naloxone kit or prescription, or need more information please call 435-637-7200. 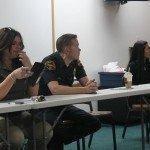 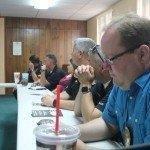 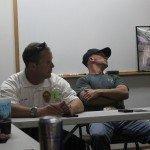 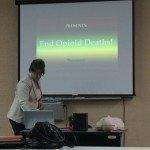 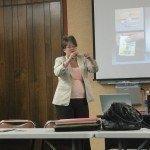 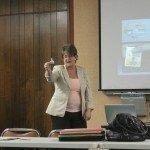 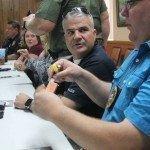 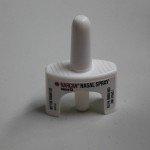 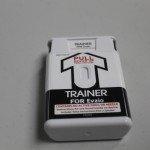