The USU Eastern baseball team played in two double headers Friday and Saturday. The Golden Eagles faced off against Mesa State University and came off the field with four wins under their belt.

In Friday’s first matchup ,Jayce Hill notched the win at the mound. In the fourth inning, Cory McKendrick singled and Austin Geurtsen and Jordan Mellen recorded USU Easten’s first runs of the match. Greg Money added another run in the fourth and Mckendrick added one more in the sixth to put the Eagles up 5-1. Shaun Petersen scored on an error and Hadley Thorpe added another run to make the final score 7-1.

On Saturday, Eyring, Money and Neilson along with Greg Ashley made runs and managed to hold off Mesa State until the sixth when the Mavericks hit two players in. However, their efforts weren’t enough to deter the Eagles, who walked away with the 4-2 win. Cooper Beck notched the win at the mound.

The last game of the weekend was a close one. Mesa State had a 4-3 lead early in the sixth when Hardman ran the bases to tie the match. Price native Bryce Blackburn added one more run and brought the 5-4 W home for the Eagles. Hadley Thorpe was credited with the win.

The USU Eastern baseball team will continue region play on March 26 against Colorado Northwestern Community College here in Price. The Golden Eagles stand at 7-26-0 on the season. 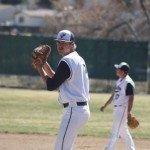 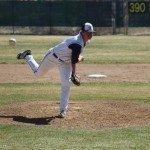 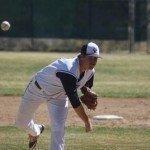 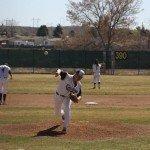 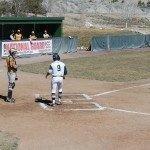 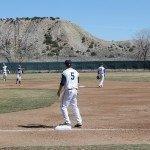 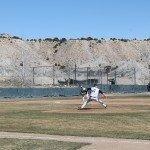 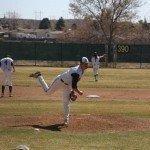