Throughout the week, the Clothesline Project display has been set up at USU Eastern. Shirts with stories, drawings, quotes and motivation hung on clotheslines at the college for students and members of the community to view.

The Clothesline Project is an organization created to bring awareness to the issue of violence against women. For women who have been affected by violence, it is a means of expressing their emotions by decorating a t-shirt. After the shirts are decorated, they are hung on a clothesline display. The intention of the display is to honor survivors and act as a memorial for victims. It is also intended to aid in the healing process for those who were directly affected and those who have lost someone special to violence. Lastly, the clothesline display aims to educate society and promote awareness as well as to document violent crimes against women.

Every one of the 42 shirts on display was a certain color for a reason. The following colors represented the act of violence against women:

Men who viewed the display were also asked to take a pledge against committing violence toward women. The pledge stated “I promise never to commit, condone or remain silent about violence towards women.” In just two days, over 130 men signed the pledge.

Those experiencing domestic violence can call the National Domestic Violence Hotline 24/7 at 1-800-799-7233. The service is confidential and requires no fee. If the matter is an emergency, call 911. 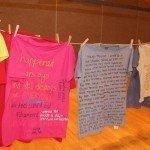 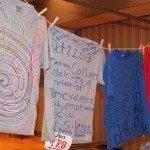 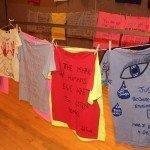 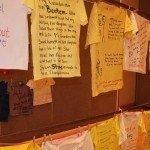 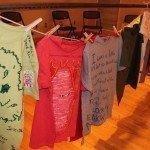 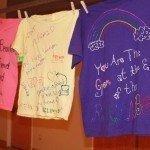 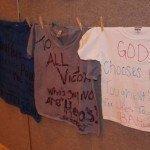 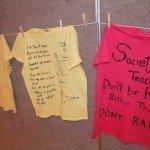 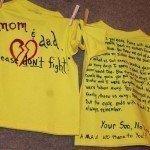 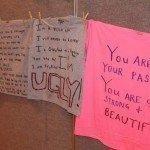 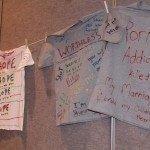 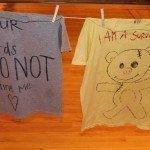