The Utah State University-College of Eastern Utah athletic department introduced its volleyball team, menвЂ™s and womenвЂ™s basketball teams, cheerleaders and Eagle dancers at a meet and greet Tuesday night at the BDAC.

MenвЂ™s basketball representatives said the team would dedicate the season to Coach Brad Barton. Though Barton had a very short time with most of the team members, they said he positively affected their lives in many ways.

The basketball teams split into two, mixed squads and played a one-quarter scrimmage. The blue team beat the white team 29-22.

MenвЂ™s team members then competed in a dunk contest.

The menвЂ™s basketball team opens the season Friday at 7 p.m. in Price. 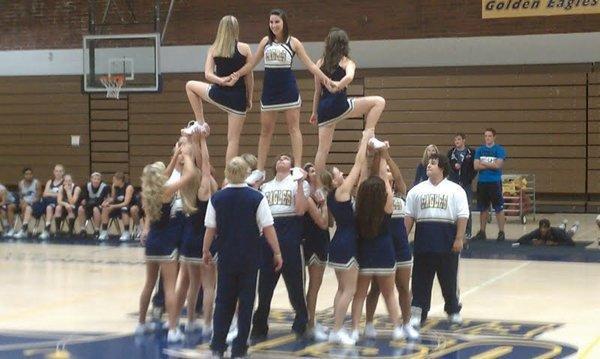 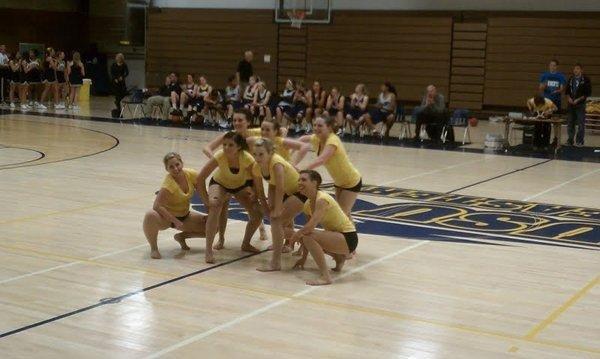