In the game against USU Eastern and Snow College on Saturday, the Lady Eagles fell in the game with a final score of 3-2.

USU Eastern was able to pull ahead during the second and third sets of the game with a score of 25-20 in the second and 29-27 in the third. However, Snow had the higher score in the other sets to take the win from the Eagles.

The loss came after USUE swept Southern Nevada the night before, notching a 3-0 win. The Eagles outpaced SN throughout the matchup, taking the games 25-12, 25-15 and 25-16.

The team will look for a conference win as it hosts Colorado Northwestern in Price on Tuesday. 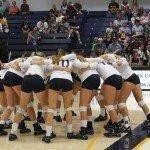 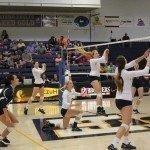