During the Wednesday evening Price City Council meeting, the USU Eastern Lady Eagles volleyball players was recognized for their outstanding achievements in the 2021 season.

“This year was an exciting year for us,” said head coach Danielle Jensen.

She explained that the season is usually in the fall, but due to COVID-19, it had to be moved to the spring, which presented new challenges. When rankings came out, the team was number 12 in the nation and as they continued to play and progress, they went as high as number two in the nation’s rankings.

The season ended with a 27-5 record for the Lady Eagles and the volleyball team finished second in conference. With that, they were able to end the season ranked fourth nationally. The team attended nationals as the fourth seed and finished in seventh place.

“It was an amazing year in a lot of different ways,” stated Jensen.

Many of the team members received a lot of different recognitions. Mayor Mike Kourianos stated that he himself has been involved in volleyball for years and it is close to his heart. The team has put the university on the map, said Mayor Kourianos, and are good examples within the community and at the university.

“The program has just been phenomenal and it is just fun to see what you have accomplished that way,” stated Mayor Kourianos.

As a council, they wished to recognize the work that has been done and presented the team with certificates and a plaque that went alongside. Furthermore, the coach was also given a recognition for her accomplishments as well as a key to the city.

“You carry a piece of us when you go out,” stated Councilwoman Terry Willis. 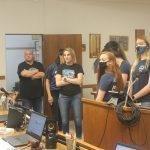 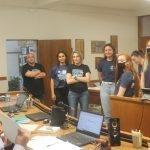 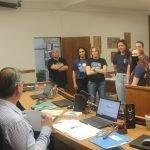 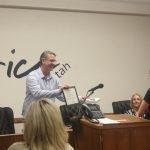 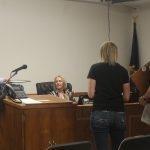 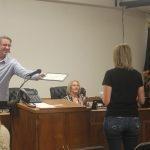 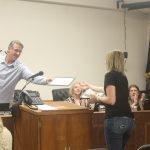 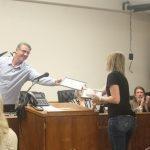