PRICE, UTAH— It is not the 418 wins and 10 losses while at the helm of Highland High School rugby team that coach Larry Gelwix received national recognition for in his lifetime. It is not the 20-national-rugby championships his team’s earned or the movie “Forever Strong” which was based on his team’s history. It’s about his philosophies of building better character in youth that turn into better character in adults that he hopes to be remembered for in life.

Gelwix, who will keynote the afternoon segment of Utah State University Eastern’s 37th Annual Women’s Conference on Friday, April 8, in the Jennifer Leavitt Student Center, talks about being a demanding and inspirational coach throughout his career.

He requires all of his players to adhere to a non-negotiable honor code that includes avoiding alcohol, tobacco and drugs.

Formulated what he calls the “Five Championship Strategies for Sustainable Success,” these principles focus on Horizontal Leadership: staying away from things you know are wrong; attitude and effort; WIN- what’s important now; and focusing on the final score in life. He encourages his players to be true to the beliefs of their own individual faith.

Known for his quotes, called Gelwixisms, he says, “good decisions don’t make life easy, but they do make it easier;” “the true test of a man is what he will do when no one will know;” “the essence of a lie is not the words you choose, but the message you convey;” “if you lose integrity, you’ve lost everything;” “I want you to be forever strong on the field, so that you will be forever strong off the field;” and “practice doesn’t make perfect, practice makes permanent.”

Coach Gelwix received the “Pioneers of Progress” award from the Days of ’47 Committee which honors and recognizes modern pioneers. He also received the “Best of State” award as the “Best High School Coach” in Utah, the “Educational Service Award” from the Utah Department of Corrections, and named the recipient of the BYU “Outstanding Service” Award. The national media labeled Coach Gelwix as the “Winningest Coach in America.”

His accolades include his team winning a bronze for the United States at the World School’s Rugby Championship in Zimbabwe, Africa, in 1998. The movie “Forever Strong,” which chronicled his coaching career, became the in-flight movie for more than a dozen airlines worldwide.

Known as the “Getaway Guru,” Gelwix hosts the “Travel Show” radio broadcast for 20 years (12 years on KSL and eight years syndicated by Clear Channel). He co-owns Columbus Travel where it was named Best Travel Agency in Utah and one of the Top 10 Travel Agencies in the country.

A renowned speaker throughout the world, he explains the dynamics of leadership, developing winning strategies and attitudes, plus championship companies staffed by championship people.

Brought back by popular demand, Connie Sokol, has been a favorite Utah and national speaker for over 15 years. She was the keynote of the USU Eastern Women’s Conference several years ago.

A mother of seven, Sokol is a TV contributor on “Studio 5 with Brooke Walker” and a national blogger for www.ksl.com.

She’s the bestselling author of 14 books including her fiction: “Christmas Kisses: An Echo Ridge Anthology” and “Caribbean Crossroads.” Her nonfiction books include: “What Every 6th Grader Needs to Know;” “Faithful, Fit & Fabulous;” “Simplify & Savor the Season;” “Create a Powerful Life Plan;” and “40 Days with the Savior.”

Back to basics: real life, real solutions, real joy is her newest value-based, life-changing program to get control of a person’s life is the latest principles she writes about. From her book, “Faithful, Fit & Fabulous,” Sokol shares simple principles with doable practices to address important areas of a person’s life.

As part of her regular appearances on the “Studio 5 with Brooke Walker” segment, Sokol offers a free download on her website revealing “The 10 Ways to Look Great Without Losing Weight.” She believes there so much talk about losing weight, that even if it is part of the end goal, she wants everyone to look and feel great now.

Social media sites from Facebook, Twitter, Pinterest and Instragram are all part of Sokol’s world which she calls “Connie’s Corner” to connect with other like-minded women. Sokol marinates in time spent with her family and eating decadent treats. For her TV segments, blog, podcasts and more, visit www.conniesokol.com.

Conference participants can choose from 12 workshops to attend including “Making Your Own Freezer Meals” by Suzie Roberts, “Turning a Hobby into a Business” by Ryan Murray, “Meditation” by Malarie Matsuda, “Body Language and What it Means” by Neil Peacock, “Detection and Best Treatment for Breast Cancer” by Dr. Kyle Jeffery and “Three Habits to a Fulfilling Life” by Connie Sokol.

Other workshops include “Asian Cooking” by Eva Tseng, “Acupuncture” by Luke Matsuda, “Stay Fit: Exercise in Your Front Room” by Aubrie Carpenter, “You Better BEElieve it Honey” by Randy and Sheila Anderson, “Drug Abuse: Prescription Drugs, Meth and Marijuana” by DEA Agent Matt Fairbanks, “The Health and Science of Rest for Women” by Danielle Pendergrass.

Cost of the conference is $20 and includes attending the two keynote addresses, three of the 12 workshops and lunch. It begins at 9 a.m. and continues until 3 p.m. in the Jennifer Leavitt Student Center. Register online at https://usueastern.edu/womensconference/index 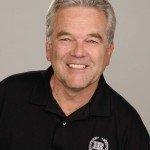