A welding student from USU Eastern received an award from the Price City Council during a meeting on Tuesday evening.

Earlier this year, 19-year-old Chandler Vincent traveled to the 44th WorldSkills competition in Abu Dhabi of the United Arab Emirates to compete in a total of six categories. At this competition, the young welder was named the top welding competitor in the United States as well as the fifth best welder in the world. He also received a medallion for “Best of Nation” due to successfully scoring higher than any other competitor from the United States during the other competitions. Vincent was one out of the 1,300 competitors from around the world.

In return of his great accomplishments, mayor Joe Piccolo as well as the Price City Council members presented Vincent with an award for his astounding achievements. 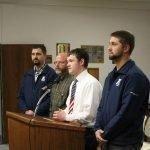 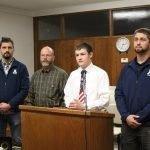 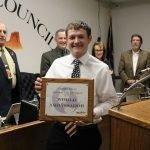