Just behind the bustling USU Eastern campus, overlooking the track and soccer fields sits a longtime fixture in the community. Long time residents know exactly what it is, while newer community members may not give it much thought. It is the Utah National Guard Armory and home to the ”Black Sheep” 624 Engineering Company.

The 624 Engineering Company is made up of 156 soldiers from Logan to Blanding. The Price Armory is the headquarter for the company and there are 14 members from the Carbon and Emery county areas alone. Sgt. Allred is the recruiting and retention specialist and his goal is to double that number soon.

The National Guard is a branch of the military and those serving may end up being deployed. Currently, the National Guard makes up approximately 43% of all branches of the military. The 624 has headed to war zones at least three times in the recent past. They went to the Gulf War, Iraq in 2003 and most recently returned from Afghanistan in 2012.

They are not classified as a combat company, but as vertical engineers. That means they are the go-to company for building structures such as living quarters, observation towers, mess halls, electrical towers or any other structures that are needed. Johnson said that even though the company can be called anytime if needed, it is not frequent and many can serve an entire enlistment without ever being deployed.

The company is comprised of specialist in electrical, plumbing, construction and masonry.  What Allred and the others emphasized is that recruits do not need these skills to sign up.  A new recruit will complete basic training and then go to an Advanced Instruction Training (AIT) school. Those skills will be honed through on the job training.

The beauty of being in the National Guard over any other branch of service is that it allows members to continue living in their community, work, attend school and live day to day life. It does require at least one weekend a month and two or three weeks in the summer for active training.

Members can become inactive for two years anytime during an eight year service obligation. This allows flexibility to take a break in an event such as the birth of a child, job change, serve an LDS mission or any other life event that would require 100% of a members time. Following the completion of such an obligation, members can return to service.

No other branch of military service is this flexible. It is the most user friendly, family friendly branch of service. It is also the only branch that has a waiver for someone who has earned a GED instead of a diploma. There are educational benefits that allow members to pay for college. Benefits can also be transferred to a family member so it is an ideal way to send a son or daughter to college.

The other great thing is that the National Guard serves their local community. The 624 Engineering Company is a community resource. They helped on three Habitat for Humanity homes, worked with the US Forest Service on several game ponds in the area, were instrumental in constructing the Dino-Mine Park and are assisting in laying an eight inch water line above Duchesne. The company has also assisted with the USU Eastern and Carbon High baseball fields and in the Kenilworth area. They would have been part of the fire efforts during the Seeley Fire if they had not have been on deployment, however, they did play a key role in a fire near Neola several years back.

The 624 wants to be active in the community and will attend parades, flag ceremonies and help with various projects. The company has tools to make things happen. Each member stated they love how community members thank them for their service everywhere they go. However, they also know without new local recruits, the Price armory may fade into the past.

Both men and women from 17-34 years can become a guard member. If someone has prior service, that age is extended to 42 years. The active stint or as Tallerico calls it, “Boots on the ground” portion of the eight year enlistment obligation varies from four to six years. Two years are served in “reserve” or inactive status.

Tallerico emphasized it is a great way to serve the country while living in the local area while spending time to take care of the community. To find out more about joining the Utah National Guard contact SSG Allred at (435) 671-3940. 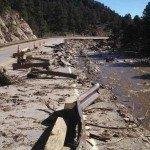 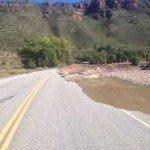 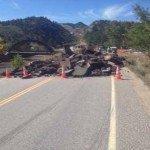 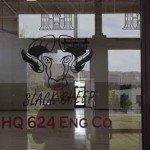 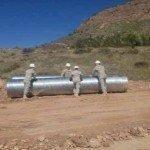