Senator Mike Lee made an appearance in Carbon County Tuesday morning as he and members of his staff toured local printing company Peczuh Printing. The opportunity gave the senator a chance to tour the local business, which has been in operation for over 50 years.

Frank Peczuh, Jr., CEO of the company, led Senator Lee’s tour throughout the business, which provides services to both local businesses as well as a variety of establishments and charities throughout the country.

After the tour, a Peczuh town hall meeting was hosted in the business where employees were given the chance to discuss current issues with the senator they felt were pressing.

“You do amazing work here,” Senator Lee said at the town hall meeting. “It’s an honor and a privilege to be with you.” The senator continued to praise the employees’ honesty and work ethic in their jobs.

“I want to hear what’s on your mind,” he further invited. “I want to answer any questions you’ve got.”

After taking a brief moment to describe his political views and philosophies as well as several elements of politics, Senator Lee opened the meeting for questions.

Topics ranged from Social Security to the hot topic of coal and polluted air. Issues within the Republican party, benefits for war veterans as well as mental health were also discussed.

“The short answer to your question is it’s not necessarily about the smog, it’s about the coal,” Senator Lee stated in response to an employee’s concerns over the pressing issue. “We have an administration that has declared war on coal and has been very open in saying that they want to shut down coal.”

The senator continued to offer hope for the war on coal by describing the REINS Act in the Senate and what it meant for the public in attendance.

“Thank you very much for letting me come to visit with you,” Senator Lee expressed in closing. “I appreciate the opportunity.” 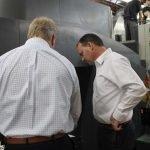 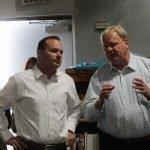 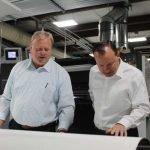 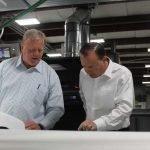 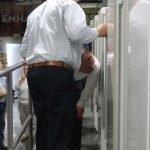 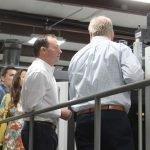 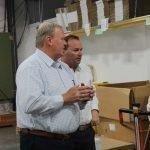 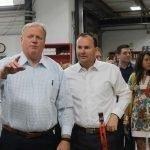 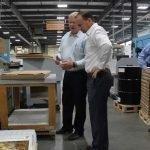 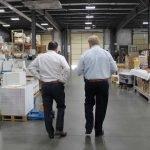 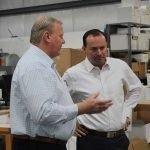 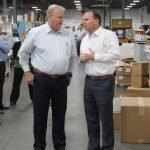 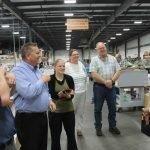 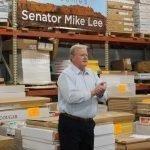 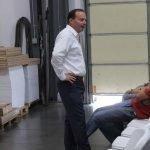 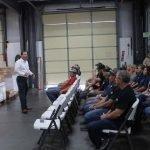 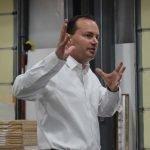 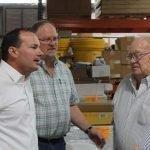