PRICE – Utah State University Eastern welding students once again took home top honors at the National Skills and Leadership Conference. And, for the first time since 2010, multiple medals are making their way to campus.

“To say this is a rare accomplishment is an indescribable understatement. It has never happened before, in any SkillsUSA contest, and will likely never happen again,” said Austin Welch, USUE Assistant Professor of Welding Technology.

Stagg joined David and Warnick this year after taking his first year of welding classes at USUE. Stagg decided to continue his welding education at USUE after completing UBTech’s Welding Advanced Technician 990-hour training on the Roosevelt campus.

“Nate is an excellent welder, fabricator and student, and is hoping to lead USUE’s 2020 team to a third consecutive national championship next year,” said Welch.

Jessen Welch, of Price, placed third in the individual Welding competition. Welch spent last six months preparing for the NLSC and has spent the previous three years battling with his classmates for the opportunity to represent USUE as a SkillsUSA contestant, some of the stiffest competition he faced.

He focused intensely on improving his skills and knowledge and earned the opportunity to represent USUE at Utah’s SkillsUSA contest in March, which he won.

“Jessen’s third place result at Nationals can be attributed to his dedication and hard work. Jessen set aside summer employment to practice for the contest, which he did for approximately 40 hours per week,” said Austin Welch, his professor.

“To say we are pleased with their performance is yet another indescribable understatement,” said Welch. “These students represent the best of Utah State University Eastern and Utah State University. We are excited to watch them progress in their education and careers; they are the future of the welding industry. Exceptional students like these reciprocate their own hard work, competitiveness and excellence directly into our institution. Consistent results like these makes USU Eastern a nationally-recognized welding program and attracts not only the best welding students in Utah, but serious welding students all across the nation seeking the very best in welding education and training.” 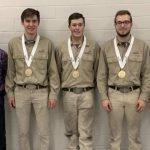 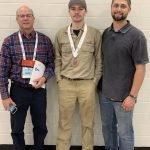 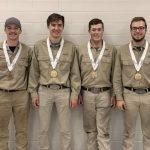 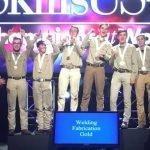 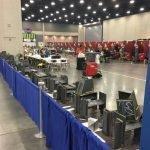 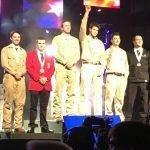