In August 2013, TJ Cartwright, a Utah native, Carbon High alumnus and avid hunter, was involved in a serious bow hunting accident. Three strokes were caused due to the blood loss from the accident and one put pressure on Cartwright’s optic nerve, causing papilledema.

This is the swelling on the optic discs, which in turn causes extreme damage to the optic nerve. The injury ultimately resulted in the loss of Cartwright’s eyesight. The doctors that had been tending to Cartwright’s injuries were unaware of the pressure that was building on his optic nerve, focusing instead on the broadhead that was near his carotid artery.

A miracle did occur during this accident, which was that the three-bladed arrowhead malfunctioned, causing only two of the blades to deploy rather than three. If all three had deployed, Cartwright’s carotid artery would have been severed and he would have succumbed to the injury within a minute.

Following a few months of relearning many skills that are taken for granted by most daily, Cartwright was released from the hospital to return home. “This did not end his recovery, his journey had just started,” Cartwright’s website shares.

Five years after the accident, in 2018, Cartwright was waiting for his brother and best friend to accompany him on a goose hunt. It was stated that the thrill of this hunt has always brought great joy to Cartwright, who was determined not to be deterred by his blindness, even if hunting was what caused the accident.

Cartwright was successful that day and had his goose stuffed by a taxidermist, who exclaimed upon hearing that a blind man had hunted the bird. From there, he aimed to be successful in a deer hunt with his grandfather’s crossbow. It comes as no surprise that Cartwright successfully shot a deer during this hunt.

Following a feature on a local news channel, Cartwright made the decision to begin the “Hunt of a Lifetime” fundraiser that aims to seek out new adventures, meet friends and connect with the disabled community. This is Cartwright’s way of assisting on education, advocacy and inspiration for others.

“We run in the business of inspiration, and as such we are looking for individuals who love hunting so much that they are eager and willing to help others gain a love and appreciation for hunting,” Cartwright’s website shares.

Those that are inspired by Cartwright’s story and wish to assist may volunteer to be a mentor and teach new disabled hunters. The website assures that the blind hunter mentorship program is for everyone. Those that are interested in more information on Cartwright’s journey, or to find information on ways to sign up for volunteering, may do so here. 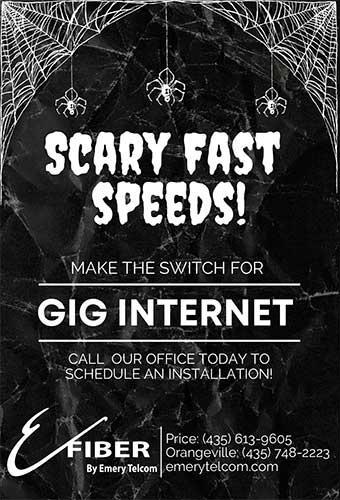