Due to the recent decision made by Thomas Williams to vacate his seat on the Helper City Council, the need for a new member was presented at Thursday evening’s Helper City Council Meeting. Five hopefuls applied for the position: Gary Harwood, Tim Riley, Darren Cloward, Michael Mastin and Travis Rasmussen.

Mayor Lenise Peterman thanked the gentlemen for their interest in a place on the council and for attending. City Attorney Jeremy Humes then explained the process of questioning, voting and swearing in. The five candidates were then asked five questions in front of the audience.

These questions were “What are some of the issues in our community that interest you?”,  “In what way would you like the city to impact the daily life of our citizens?”, “What is your best accomplishment to date in your job or field?”,  “Why do you want to serve the community?” and “Can you separate your personal interest from what is in the community’s best interest?”

Each candidate answered the questions in their two minute time frame well; the candidates all showed a true passion for the city and desire to assist with the continued betterment of the area. Focus on utility rates staying reasonable, drawing in more business and tourism and more were discussed between the candidates and the existing council members and mayor.

The first nomination was made by Councilwoman Malarie Matsuda, who voted for Tim Riley. Her reasoning behind this was that he already has museum experience and would fit well in the position. However, that voting was countered by Councilwoman Donna Archuleta, who put her vote in for Darren Cloward. Debate was conducted between the council and the ultimate vote went to Cloward.

Cloward was then sworn in by City Recorder Jona Skerl and will remain in his council seat until January 2020. 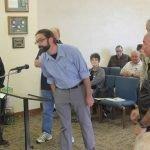 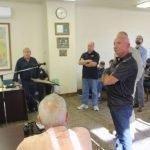 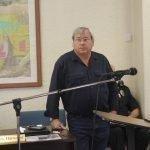 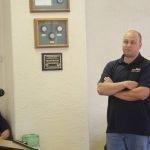 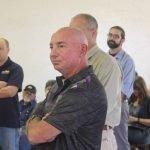 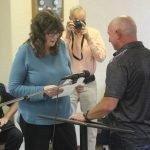 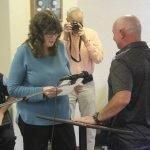 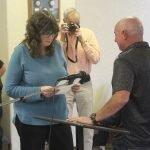