Benjamin Warnick will serve as the Utah State University Eastern’s valedictorian for 2019.

A student planning to major in welding engineering and another in speech and language pathology are the top graduates for Utah State University Eastern’s class in 2019.

Serving as valedictorian is Benjamin Warnick from Spanish Fork, Utah, who graduated from Maple Mountain High School in 2017.

Beginning in high school, Warnick competed in SkillsUSA’s National Welding Fabrication contest, earning a bronze medal in 2016 and a gold medal in both 2017 and 2018. He and his teammates are preparing for the 2019 welding fabrication state and national competitions and hope to earn an unprecedented third national championship.

In his free time, he enjoys mountain biking, dirt biking and skiing. He is employed at Alloyed Solutions and is responsible for the full welding and assembly of aircraft ground support equipment.

The salutatorian is Rhiannon Bradley, a graduate of Carbon High School. After graduating from Utah State University, she hopes to work as a speech-language pathologist.

Bradley works at Castle Heights Elementary where she “absolutely loves working with the children.” In her time at USU Eastern, she enjoyed participating in the theater and music departments and was a cast member in “Guys and Dolls” and “Little Shop of Horrors,” plus sang with the choir.

Besides studying for her classes, she likes playing board games (especially beating her dad at cribbage), reading, singing, watching movies, and, of course, eating popcorn.

The final speaker is Alexandria Anderson, USU Eastern student body president, and the daughter of Brenda and the late Vance Anderson.

Originally from the Bronx, New York, she moved to Utah where she graduated from Taylorsville High School. She is working on her bachelor’s degree in social work and plans to graduate in 2020.

Anderson served on the Eastern Utah Student Association for the last four years, holding multiple positions. She played a major role on campus in the development of the Center for Diversity and Inclusion, Diversity Programing and Conference, Miss USU Eastern, the Nexus Student Lounge and community Involvement, to name a few.

She loves USU Eastern and is thankful for the opportunities provided to her. She aspires to work in the foster care system and politics.

The Val Halamandaris Award is being presented to Maddy Meyers from Saratoga Springs, Utah, and a graduate of Westlake High School.

She served as the Serving Utah Network (SUN) president and always was involved with service, including volunteering at homeless shelters, doing projects like pulling neighbors weeds and tying blankets for hospitals. She hopes to become a travel agent and travel the world doing humanitarian work. 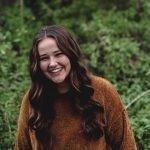 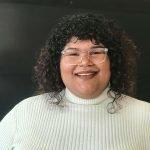 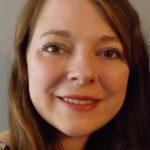 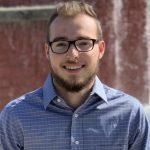