The annual Veterans Day ceremony for Carbon County took place once again at the Price City Peace Garden on the eleventh day of the eleventh month at the eleventh hour.

David Jelin, Commander of the American Legion Post 3, was the host for the day. He stated that he was honored to have all in attendance joining them on that day. He stated that the day was for those who served in all branches of the U.S. Armed Forces during the Cold War, Korean War, the Vietnam War and the global war on terror.

With this, Jelin introduced Les Schulz, who thanked veterans and veteran family members for their sacrifice. “This day is set aside to honor all veterans that were able to come home after serving,” he stated.

He continued by saying that Memorial Day is set aside for those that did not make it back home and the veterans that were lost in conflicts. On Veterans Day, the veterans need to stand proud for what has been accomplished, said Schulz.

He also stated that some do not talk about service and others are willing to share their stories. He thanked all and said that it is okay, as they all had an assignment and a job to do wherever they were posted.

Following a brief history given by Jelin, explaining the beginning of the Great War and the cease fire, the ceremony was continued with a veteran reading from the poem “Flander’s Field” and a rifle volley.

Veterans continued to be honored in Carbon County with a luncheon hosted at the Price Elk’s Lodge and the option for veterans to eat free at the Balance Rock Eatery courtesy of iGOTPOOP.com. 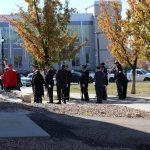 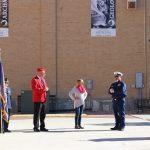 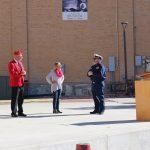 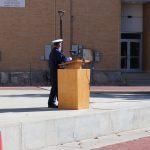 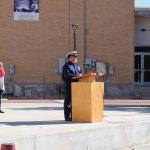 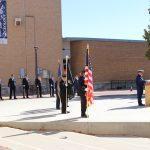 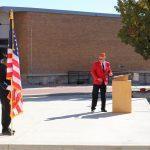 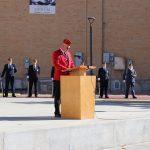 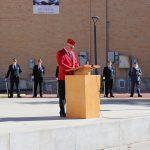 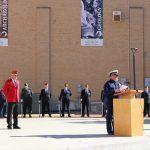 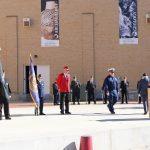 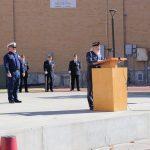 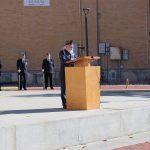 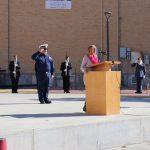 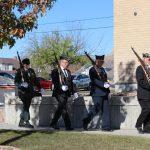 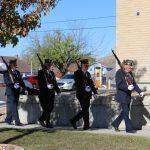 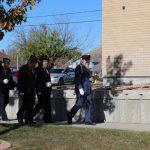