Volleyball players from throughout the western United States descended on the USU Eastern campus to take part in a three-day skills camp hosted by the Lady Eagle volleyball team. The action-packed sessions brought in over 100 campers that looked to improve in many areas of the game, including basic skills, drills, recruiting techniques, scrimmages and mental strength.

Following their recent successes, including a top ten national ranking, many athletes (girls and boys) traveled far distances to take part in the training led by head coach Danielle Jensen and the volleyball coaching staff and team.

“I’ve attended the volleyball camp for the past two years and my experience has been amazing,” said Marli Pearson of Blackfoot, Idaho. “The coaches are so welcoming and want each player to improve. They provide us with not only instruction, but fun opportunities throughout the camp.”

Beyond the court, elite campers were able to experience some of the exciting activities that the community has to offer, including a late night movie, thanks to the support of Mike and Valerie Johnson with Price Theaters.  Campers also spent an evening riding the surf at the Desert Wave Pool with the support of Price City.

“There’s nothing better than to see the community filled with athletes that are in town taking part in Eagle athletics,” said Eastern’s athletic director Jess Brinkerhoff. “Volleyball is now recognized at the national level and it’s great to see athletes of all ages excited to be a part of what the coaches and team have to offer; it’s very exciting.”

USU Eastern women’s volleyball will introduce 13 new freshman and three returning sophomores to campus on Aug. 1. For 2022 schedules and information on all the athletic programs at Utah State Eastern, visit www.usueasternathletics.com. 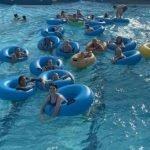 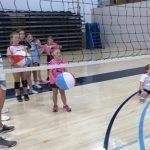