Second Chance Wildlife is a 501(c)(3) nonprofit organization that is 100% operated with donations. The rehabilitation facility, ran by Debbie Pappas, is located in Carbonville. There, Pappas works with volunteers to rehabilitate and release local wildlife.

The rehabilitation organization welcomes many wildlife patients each year with few hands to care for and feed them. Pappas has recently expressed the need for more volunteers to cover a myriad of projects at Second Chance.

Pappas explained that there is a problem with keeping the rescue in other’s minds. Her animals are her patients and she is not able to take them out in public to remind people that they are there.

Further, even if they were able, they do not have the time and rarely does it result in receiving the needed help. There will be many that say that they are interested in volunteering that do not, though Pappas did say she garnered one volunteer from such an event that travels daily from East Carbon to assist.

“Obviously, I would love some help with landscaping,” said Pappas. “We need help.”

Pappas has received many promises with hardly any follow through. She has hopes and needs to xeriscape her front yard and is looking for people with construction skills that can assist.

In addition, she has the ground dug for a new, 10×10 enclosure that is needed. Fencing must be laid along the bottom to make the enclosure escape-proof and the structure must be finished. Pappas also needs help with trimming trees and generally clearing out some of the land.

Every year, the standing buildings must be maintained. These are projects that are constantly on Pappas’ mind, along with each patient and their needs.

Sutherlands is a great supporter of Second Chance and they are able to get things done, even if they may be short on donations. Along with the outside work, there is work in the hospital that needs to be accomplished, but that is dependent on how many patients are actively being treated.

Pappas said that these projects could be great for those that have retired and would like busy work during the day. Any that may be interested in volunteering may contact Second Chance Wildlife at (435) 650-3441. The Division of Wildlife Resources and dispatch can also direct individuals to Pappas and Second Chance. 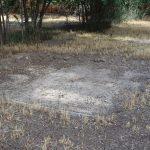 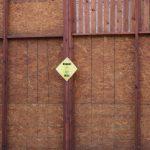 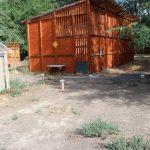 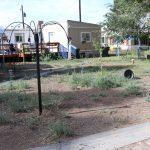 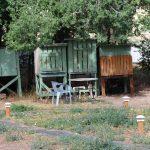 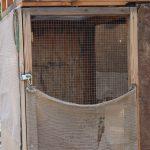 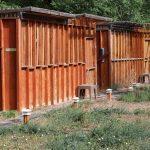