SALT LAKE CITY — Do you love wildlife? Do you wish you could watch baby animals at any point in the day? If you answered yes to these questions, we have great news for you: Three livestreams were recently posted that allow you to watch a constant feed of baby bears and several bird species, including sandhill cranes incubating an egg that will hatch in late May.

The two baby bears are being housed at the USDA APHIS Predator Research Facility in Millville, Cache County. These 3-month-old female black bears were orphaned and discovered by Utah Division of Wildlife Resources biologists who were tracking collared bears in southern Utah this spring. They were taken to the Predator Research Facility to be cared for and rehabilitated.

“Bear populations are relatively slow at reproducing and a female doesn’t have cubs every year,” DWR game mammals program coordinator Darren DeBloois said. “So if we can save a couple bears, it really benefits the population overall.”

Bear cubs can be orphaned for a number of reasons including the mother bear being hit and killed by a vehicle or the mother being illegally killed. On average, roughly two to four bear cubs are orphaned and then rehabilitated by biologists each year.

“It is more common in drought years when there is less food,” DeBloois said. “Bear mortality is higher then because bears are having to travel more for food and have a greater risk of being hit by vehicles. Two years ago, we had seven baby bears that we found and had to rehabilitate, last year there weren’t any, and now this year, there are two.”

The baby bears were found when they were 2 months old and weighed only 3 pounds each. They are currently being fed a milk substitute (similar to what puppies are fed) that also has mixed in baby food and oatmeal. The cubs have already tripled their month in just a month. Eventually, the bears will be fed other produce, as well as some fish. Because their diet in nature is primarily vegetarian, the biologists match that during their stay in the facility.

Minimal human contact is made with the bear cubs so that they are more easily able to acclimatize to the wild when it is time to release them. They will be released in October or November when they are almost 11 months old. At that point, they’ll have grown to roughly 130 pounds.

“USDA’s Wildlife Services is pleased to be able to help the state with its black bear rehabilitation efforts,” Julie Young, the USDA Predator Research Facility supervisory research wildlife biologist, said. “The staff have learned a great deal on how to provide the best care and enrichment for the bears while in captivity. We have also been able to conduct research while they are in captivity and will continue to after their release. The studies provide a better understanding of bear behavior and whether human contact at a young age makes bears more likely to become problem animals after they are released back into the wild. This will help wildlife managers develop management strategies for rehabilitated bears.”

When released, the bear cubs will be transported back to where they were found in southern Utah and GPS collars will be placed on them.

“We use GPS tracking for a couple of reasons,” DeBloois said. “We want to know if they survive (historically, baby bears that have been rehabilitated do have a high survival rate.) We also want to learn if they migrate or end up relocating. Females tend to stay in the same areas they were first introduced to, while males typically travel around a bit more.”

The Utah State University College of Natural Resources hosts the livestream of the baby bears on its website and it can be viewed here. The livestream is 24/7, but the webcam doesn’t have night vision so it is difficult to see them in the dark.

You can also watch nesting sandhill cranes at the Swaner Preserve and EcoCenter near Park City. This livestream, also hosted by Utah State University, shows sandhill crane parents who take turns incubating an egg in a peaceful, marshy area of the reserve. The egg is expected to hatch in late May or early June. You can watch the livestream here.

If you need more bird-watching in your life, you can also check out the Friends of Alta livestream. Through a partnership with the DWR, Tracy Aviary, Bird Conservancy of the Rockies and the Alta Environmental Center, this livestream provides valuable information about the types of birds in Little Cottonwood Canyon. The webcam is focused on an area in Alta with several bird feeders, so watchers are likely to see a lot of action. Watch the livestream here. 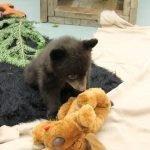 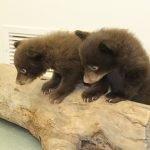 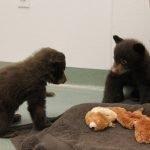 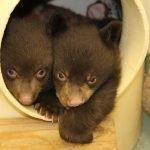 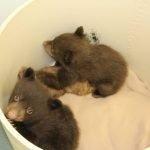