Water Conservation and recreation were hot topics at the regular scheduled Price City Council meeting on Wednesday May 8.

After a second dry winter in a row, water storage levels at the Scofield reservoir are only at about half of the lake’s capacity. Price City has been proactively working help residents cut down on excessive water usage by establishing a water conservation committee. Public Works director Gary Sontag said that the reservoir is currently at 33,400 acre feet. Recent precipitation continues to help slightly, but Mayor Joe Piccolo worries that if residents aren’t careful there will be nothing left for next year.

Nicole Steele and Jennifer Davis came forward during the public comment period of the meeting representing the Cal Ripken Baseball league. They thanked the city for the support they get, but also had a “wish list” of items that they were hoping to have the city address. They needed to make sure the water was turned on so the fields would stay watered. They were concerned that last season the pattern of the sprinklers did not cover the fields completely and there were many dried out spots.

Other repairs and wants include scoreboard repairs and landscaping issues. Major repairs to some of the infrastructure at the park have already expended much of the maintenance budget the city set aside for this season, so additional funding will be needed.

Steele said that they will be hosting the state tournament for the 10 year old this year and are hoping to put the best foot forward to make a good impression. She went on to say that there is potential for other tournaments in Price if the fields are in good condition could bring in significant tourist dollars to the area.

Mayor Piccolo said that if the league could come up with some matching funds, then more could get done a little faster.

The progress on upgrading the Price City Tennis courts resurfaced at this meeting. The item had remained as Old Business for a while. Nick Mahleres and Robert Richens asked the council about where the project stood. The mayor thought that the resurfacing project that had occurred had remedied the problems with the courts for a while. Mahleres and Richens both pointed out that the courts were already cracking and the weeds were taking over. They also said they thought the MOU was still in place with the city, county and school districts.

Sontag spoke up and said that the courts would be unsafe to play on in a year. After some back and forth discussions about what money is committed by the Carbon School District and others to help make the needed improvements, it was determined that a meeting needed to be held to looked at the proposal and find ways to phase in the project and create a time line and assemble a bid package.

A cost estimate for over a million dollars is on the table. Both sides agree that there are many things that can be take out of the plan or phased in at a later date.

A public hearing date was set for the proposed 2013-14 city budget. That meeting will take place May 22 at 6 p.m. At the Price City Hall.

Resolution 2013-12 helped clarify personnel classifications for the city before the Affordable Health Care Act takes effect in 2014. After a brief discussion and some clarification from Personnel Manager, John Daniels, the resolution passed. 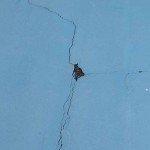 cracks are already appearing on the resurfaced tennis courts 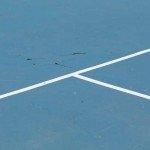 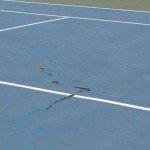 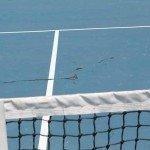 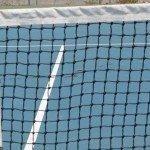 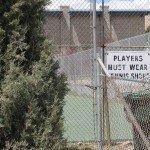 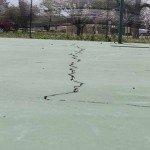