Born in Cache County, raised part-time in Logan and Lewiston, a plethora of schooling at Utah State University, the University of Utah and Brigham Young University and finally settling her roots in Castle Country: it is clear that Christine Watkins is well-acquainted with Utah.

Watkins, mother of five and married to her campaign manager, John Watkins, has lived in Castle Country since moving to Castle Dale in 1972. Watkins is the Utah House District 69 Representative and represents four counties. Reflecting on the beginning, she states that her political career started by campaigning for others, going door to door and handing out flyers.

It was not until a seat opened in 2008 that Watkins filed. Upon winning, she served until 2012. Two years ago, she was approached by many and asked to make another run for office, which she happily did. Watkins is now beginning her fourth term. With two sessions in a term, Watkins plans to focus diligently on a number of items this session.

One of those items is assisting Wellington City in obtaining a new fire truck and equipment due to the trucks not working well and the equipment being outdated. A number of bills have also been filed dealing with topics from local government, county government and issues in Duchesne County to DCFS.

Watkins holds public lands issues, as well as rural economic development, close to her heart. She is hoping to be named as the house chair of the Child Welfare Oversight Committee, a committee in which she’s already a member. Watkins also stated that she is working to ensure that rural Utah is not shoved aside in the upcoming special session regarding Proposition 2. Watkins expressed that a lot of the wording in the proposition is not good for rural Utah and does not give the residents the accessibility needed to receive pain relief from cannabis.

Watkins also reflected on how greatly she appreciates the support that she received from so many in the community during a tough campaign. Watkins stated she tries to be out in the community and is always available for a phone call, email or text. She is working hard to keep the rural communities strong and vibrant.

“I work with a lot of issues that with the economic health of rural Utah,” Watkins stated.

Carl Albrecht, who has served two years as the State House 70 Representative, was also voted in to continue serving with that title during the 2018 general election. Albrecht has also served on the Sevier School Board, Richfield City Council as well as many other appointed boards.

When prompted to express which issues Albrecht holds closest, he stated that he’s passionate about any issues that will bring jobs and appropriate development to rural Utah.

Albrecht currently co-chairs the Natural Resources Standing Committee and the Rural Caucus and states that he hopes to amend his Rural Jobs Bill that passed last year to increase the funding cap. He also plans to secure funding for various economic development projects in the area.

Albrecht was born in Salina, raised in Bicknell and settled in Richfield upon completing his studies. Richfield has been Albrecht’s home for 44 years with his wife, who is from Delta. Together, they have three children and nine grandchildren.

“Thank you for the support I received in Emery and Sevier Counties, and in Moab and Axtell. I will continue to work hard for you and all things rural Utah,” Albrecht stated.

This article is a continuation of the general election winners. Continue to check with ETV for more on your elected officials. 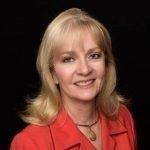 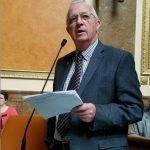