Representative Christine Watkins spoke on bills SB 177 and SCR 3 on behalf of Senator David Hinkins in the House on Wednesday.

We had a very busy week at the legislature. We are all feeling the pressure of the clock in trying to get bills heard and passed in committee then being heard and passed on the House or Senate floor. As of this article, there were 163 bills passed, some have been signed by the governor and others are waiting for his signature. A fair number are resolutions that are being sent to congress and the president.

S.B. 67 Hunting Mentor Program allows a resident minor to use the hunting permit of a resident or nonresident if the minor is legally eligible to hunt, and the permit holder receives no compensation and gets permission from the division and accompanies the minor in person.

HB2881Sub., School Sunscreen Provision, requires a public school to permit a student to possess and use sunscreen at school. The bill also allows a school employee to apply sunscreen under certain conditions. It also provides immunity for the employee and school. This certainly sounds unnecessary but right now it is illegal for a student to have sunscreen at school. With Utah’s high skin cancer rate, this seemed like a common-sense bill to me.

If you go to le.utah.gov and look under “bills,” you will see a section for passed bills. You can keep up with the bills that are being passed by both houses, which ones have been signed by the governor and which ones are waiting for that signature.

Now, to finish my reporting of the legislative survey that many of you took.

Number 6 – The Utah Attorney General is exploring the possibility of a lawsuit between the state and the federal government to transfer federal public lands in Utah to state control. 43% favor this action and 55% oppose.

Number 7 – There will likely be a bill that will lower legal blood alcohol concentration for driving from .08 to .05. 49% favored the concept. 52% would oppose that bill.

Number 8 – There is an initiative being put forward by a group called “Our Schools Now” to increase state income taxes to provide additional funding for education. They want to raise $750 million by increasing the income tax from 5% to .875%. 44% favored this increase and 56% were opposed to it.

Another question that some of you answered dealt with an assisted suicide bill for the terminally ill. This bill was filed but has not gone anywhere. I spoke with the sponsor and she indicated that since The Church of Jesus Christ of Latter-day Saints had spoken against the bill, she was not attempting to move it forward. I told her that I didn’t think her church, the Catholic Church, was probably in favor of it and she indicated they were not.

Our last day is March 9. We have had many long days but they will be all be very long starting Monday, February 27. I appreciate the emails, texts, and phone calls. I also enjoy the face to face time with people from District 69. 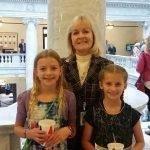 Watkins visits with Allena Ison and Lilly Seeley during their trip to the Capitol. 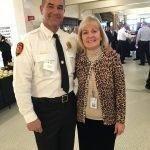 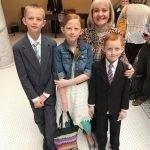 The Black family from Emery County spends time with Watkins during their visit at the legislative session.