Multiple items were tackled during the Wellington City Council work meeting that was hosted on Wednesday evening. While Mayor Joan Powell was excused from the meeting due to a training in St. George, the remaining council members rolled up their sleeves and dug in.

First, Wellington Fire Chief Matt Perea stated that he has begun the work on the ISO, which determines insurance rates. Fifty percent of the grade is the fire department, 40 percent is the water department and 10 percent is the dispatch communication center. Perea stated that the has spent the past two years preparing, ensuring things are up to code and in compliance. He explained that the department is a lot closer than it was but the requirements have become more stringent.

On Nov. 20, Perea will meet with an ISO representative to review the information that has been compiled, which will complete approximately nine percent of the process. There will be follow up, but that is the plan for the initial meeting.

Also reported at the meeting is that the public works department is steadily gearing up for the upcoming winter season. The department has begun flushing the pond, which will be irregular for the next week. It has also already began shutting down the secondary water in places such as the cemetery. After flushing the pond, the water will be shut off completely for the winter, which is slated to take place within the next week.

The department will continue to focus on the water for the week and will likely begin trimming trees at the start of next week. The streets have been patched, which took place on Monday. The department is striving to stay ahead of the game for the winter season.

A discussion was also hosted for the subdividing and combining of roads for the purpose of extending 700 East as well as the creation of a road to the city’s Knight Ideal Pond. Each member in attendance was given a packet with details and it was expressed that Mayor Powell wishes to finish the road down through 700, which was agreed upon as it is believed to be good access to that property.

A brief description was given as to what the city will do to acquire the acreage, which equals approximately 7.6 acres. There are two pieces of property that will be acquired and it was stated that everything in the area will be cleaned and straightened up, such as a jog line that goes through where the road will be.

Wellington City Recorder Glenna Nelson stated that this information and all involved will need to appear before the planning and zoning committee for the subdividing. However, she did express that she did not see a reason why it would not be recommended. 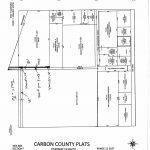