A special public meeting took place on Tuesday afternoon at Wellington City Hall. The purpose of the meeting was to inform representatives from Carbon County, as well as citizens, where the current situation sits as far as repair and cleanup of the damage that the recent flooding caused.

Representatives such as Wellington Mayor Joan Powell, Ben Clements, Whitney Waterfall and commissioner Casey Hopes were present as attendees were brought up to speed on funding. In 2014, when similar flooding took place, the county requested funding through a program administered through the USDA and the NRCS. This funding is called the Emergency Watershed Protection Program (EWP). Under this protection, there has to be a watershed impairment caused by a natural disaster that is an imminent threat to life and property.

It was then explained by a representative that the property protected is infrastructure, homes, county roads and the like. However, there is not always funding in the program and it does not get funded each year. Congress must pass legislation that allocates money to the program. During the 2014 flooding, there was no money available in the program.

Damage reports must be re-completed and survey reports are taken into account. Once these are completed, a request for funding may be submitted. For Wellington specifically, $600,000 was requested for funding. However, only $30,000 was granted. At this time, the reason behind the amount is not known. In the meantime, local representatives are hard at work to try and ensure citizens safety.

The state conservationist does not know, at this time, what is going to take place. The hope is that with the new request that has been submitted the money will be received. 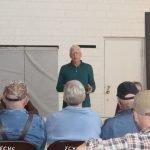 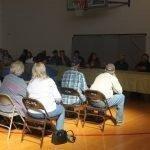 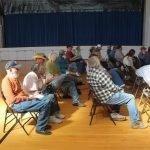 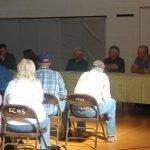 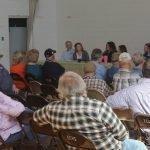