Season schedules have ended, region champions have been crowned and RPI standings have been solidified. Now, it is onto the 3A state boys’ basketball tournament. The bottom six teams will play a play-in game at home sites on Feb. 12. The next round will commence on Feb. 15 in Price at the BDAC on the USU Eastern campus. Games will begin at 9:30 a.m. and continue throughout the day. Visit etvnews.com/livesports/ETV10-2 for a live stream of every tournament game and follow us on Twitter @etv10news for updates as the scores are finalized.

#1 MANTI (21-1, 12-0) Region 14 Champion – Manti breezed through a relatively weak region but was awarded the number one seed for a reason. The lone blemish on the Templar’s record came when they lost in St. George against Dixie (69-61), who is currently ranked seventh overall in the state. The Templars had a tough preseason schedule and defeated Richfield (57-55 OT), Crimson Cliffs and Pine View (two 4A teams), and South Sevier (50-45), all on the road.

The Templars are loaded with talent as four starters average at least 11.5 points per game. Grady Thomson (Jr.) leads the team with 13 points and 5.8 assists. Seniors Kevin Clark, Jordan Blauer and Conner Christiansen all follow with 12.1, 11.5 and 11.5 points per night, respectively. Christiansen also averages seven rebounds per contest to lead the team. Travis Thomson (Sr.) is another threat, averaging 9.7 points.

Manti is unselfish and shares the ball well, averaging 19.3 assists per game. They also shoot an outstanding 50 percent from the floor while going 35 percent from beyond the arc. The one downside is that Manti tends to turn the ball over, averaging 12.8 turnovers a game.

They are at the top of their game when they have quick ball movement, allowing all five players to contribute and find open looks. They are also solid defensively, creating 10.2 steals on average. Teams will have to be more efficient than the Templars, which has proven to be tough as efficiency has been Manti’s calling card.

Emery starts five seniors and that experience has been an important part of their overall success in close games. The offense goes through Brax Jensen, who is second in 3A in scoring. He averages 22.1 points and nine assists per game. Jensen has incredible court vision and an ability to find shots for himself or his teammates. He is known for no-look passes but it can lead to turnovers when his teammates are not ready for the ball.

Jensen is also deadly when driving to the basket. There are few defenders that can stay with him, which causes defenses to have to help. When this occurs, he dishes the rock outside for an open three or to Kyler Wilstead, who often breaks for a backdoor pass. Wilstead averages 10.4 points and eight rebounds per game and plays much bigger than his 6’1” frame. Size could be the Spartans’ Achilles’ heel as they lack height.

Jordan Ekker is the spark plug on the team and finds a way to swing the momentum with a big three or steal when teams pay too much attention to Jensen and Wilstead. He is averaging 14.1 points per game, shooting 47 percent from the field and 46 percent from three-point range. In addition to his accuracy, he has one of the quickest releases in the state, which is why his three-point percentage is so good. He creates space and gets the shot off before defenders can close. Justin Rasmussen has elevated his game as of late and hit crucial three-point shots at big moments in several games. He has added another dimension to the team.

The Spartans convert on 47 percent of their shots from the floor, including 37 percent from beyond the arc. They are hoping to send head coach Todd Jeffs out with one final state championship. Jeffs achieved his 500th career win as a coach this season and is retiring after 32 years at the helm of Emery High.

#3 RICHFIELD (16-4, 9-1) 1st Place Tie in Region 12 – The Wildcats are a sound team that shoots the ball extremely well, averaging 50 percent from the field, including any unbelievable 42 percent from beyond the arc. They take care of the ball as well, averaging just 7.5 turnovers per game. Richfield is looking for redemption after falling to Morgan in the championship game in 2019. They too are a very experienced team, playing four seniors and six juniors. The Wildcats are a matchup nightmare as all five starters can score.

Josh Thalman leads the way with 20.1 points and 6.8 rebounds per night. Emmit Hinck averages 11.6 points and 3.4 assists. Morgan Albrecht and Will Robinson (Jr.) do a lot for the Wildcats with 7.3 and 6.6 points per contest, respectively. The Wildcats are extremely productive creating open looks and average 15.2 assists a game. Again, they are able to move the ball around efficiently, averaging two assists per every one turnover.

The only stumble the Bulldogs had during region play was at home against Summit Academy. The Bears came from behind to edge the Bulldogs 61-59 on a poor shooting night for Judge Memorial. That is the tough part of the tournament; teams have to win four straight games against tough competition in order to take home the championship. The Bulldogs will be out to prove that they can be just as dangerous while maintaining consistency.

OTHER TEAMS TO KNOW

The Broncos are most dangerous when they are hitting their three-point shot. They shoot 36 percent from beyond the arc but can be really streaky. Any one of those five can get hot, which causes trouble for opposing teams. That is a difficult strategy to maintain over a four-game, single-elimination tournament, but the Broncos can hang with the best when they are on. They also share the ball well with 15.3 assists per game but have trouble with turnovers (15.6 per night).

There is a real separation between the top five teams and the rest of the field. The Trojans shot a few percentage points lower than those on top, going 42 percent on attempts and 31 percent from three. They will probably have a quarterfinal match-up with Richfield, which would be a rematch of the championship game from last year.

DEREK SMITH from #7 Delta (12-8, 8-4) 3rd in Region 14 – Derek Smith is one of the most electrifying scorers in the state. He can score at will and is second in the state with 30.1 points per game on average. He does not have a large supporting cast, which prevents Delta from being a more complete team. Delta did beat Emery, 67-63, early in the year behind Smith’s 38-point effort. If opponents do not lock on Smith, they might just be packing their bags after watching Smith drop 40 points on them.

KAINE ALLRED from #15 Grand (8-14, 0-10) 4th in Region 12 – Kaine Allred is third in scoring in 3A with 20.2 points a game. He will have to lead his team to a win in the play-in game in order to face Emery at the BDAC. The Red Devils nearly knocked off Emery on senior night behind Allred’s 27 points. Eli Hazlett added six threes for Grand in the one-point defeat, 80-79. 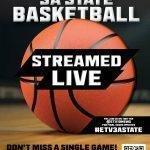 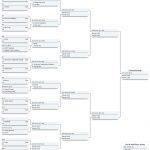