Many Utahns do not know that the state has a thriving population of wild turkeys.

Among those who do know about the population, Thanksgiving is not the only reason they will be thinking about turkeys later this week. One of the best times of the year to see turkeys is almost here.  And so is a chance to apply for a turkey hunting permit for the spring 2014 season.

Utah Division of Wildlife Resources Upland Game Coordinator Jason Robinson, says more than 20,000 turkeys live in the state. “It’s tough to get a solid estimate,” Robinson stated. “But based on the number of male turkeys hunters took this past spring, we estimate the state’s population at more than 20,000 birds.”

Anyone who would like to see one or more of these turkeys, Thanksgiving marks the start of the best time of the year to give it a try. “Every year, right around the Thanksgiving holiday, turkeys start congregating at lower elevations,” Robinson explained. “Agricultural areas, areas near rivers and streams and slopes that face south, are all good areas to look for them.”

Turkeys usually stay at lower elevations until March. As snow melts and the temperature climbs, the birds travel to higher elevations to breed and nest.

Robinson says April is the most exciting time of the year to watch them. “The males are in their bright, colorful breeding plumage,” he says. “Watching them strut and gobble, as they try to draw the attention of the females, is one of the most exciting and interesting things to see in nature.”

Turkeys are a little more difficult to find in April, though. To find them, travel to higher elevations, and then look for three things. Large cottonwood or pine trees the birds can roost in, thick brush they can feed and hide in and water.

“Sometimes they can be seen from the road,” Robinson explained. “It’s a matter of being in the right place at the right time.”

Despite its thriving population, Utah still has room for more turkeys. DWR biologists are working hard to fill the available space.

Last winter, biologists moved 670 turkeys from Cache Valley and other areas where the birds are doing well, to areas in Utah that have room for more birds.

A total of 118 turkeys were also brought to the state from South Dakota. Biologists released the birds in eastern Utah.

Anyone who would like to hunt wild turkeys next spring, should start preparing now. Applications for limited-entry hunting permits will be accepted at www.wildlife.utah.gov starting Dec. 4.

For those who don’t draw a limited-entry permit, they can still hunt turkeys next spring. Permits for Utah’s general turkey hunt go on sale Feb. 20.

For the 2013 hunts, Robinson says 9,033 hunters applied for the 2,500 limited-entry permits that were available. In addition, a total of 6,588 hunters bought an over-the-counter permit for the general turkey hunt. The general hunt started just a few days after the limited-entry hunt ended.

Robinson says 41 percent of those who drew a limited-entry permit took a turkey. The success rate among general season hunters was 21 percent. “Both of those success rates are really good,” he stated.

Questions about hunting or viewing turkeys in Utah, should be directed to the nearest DWR office. 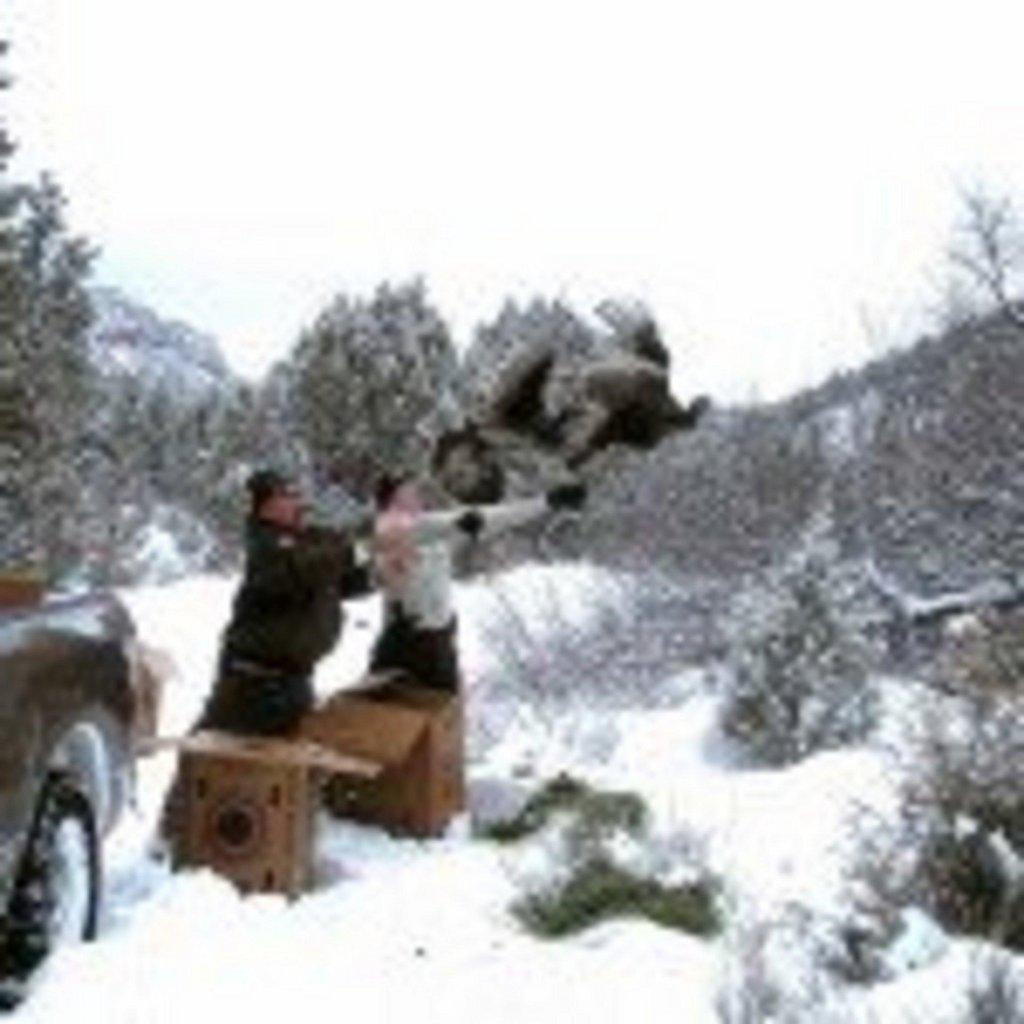 A total of 118 turkeys from South Dakota were released in eastern Utah last winter. Photo courtesy of Ron Stewart – DWR. 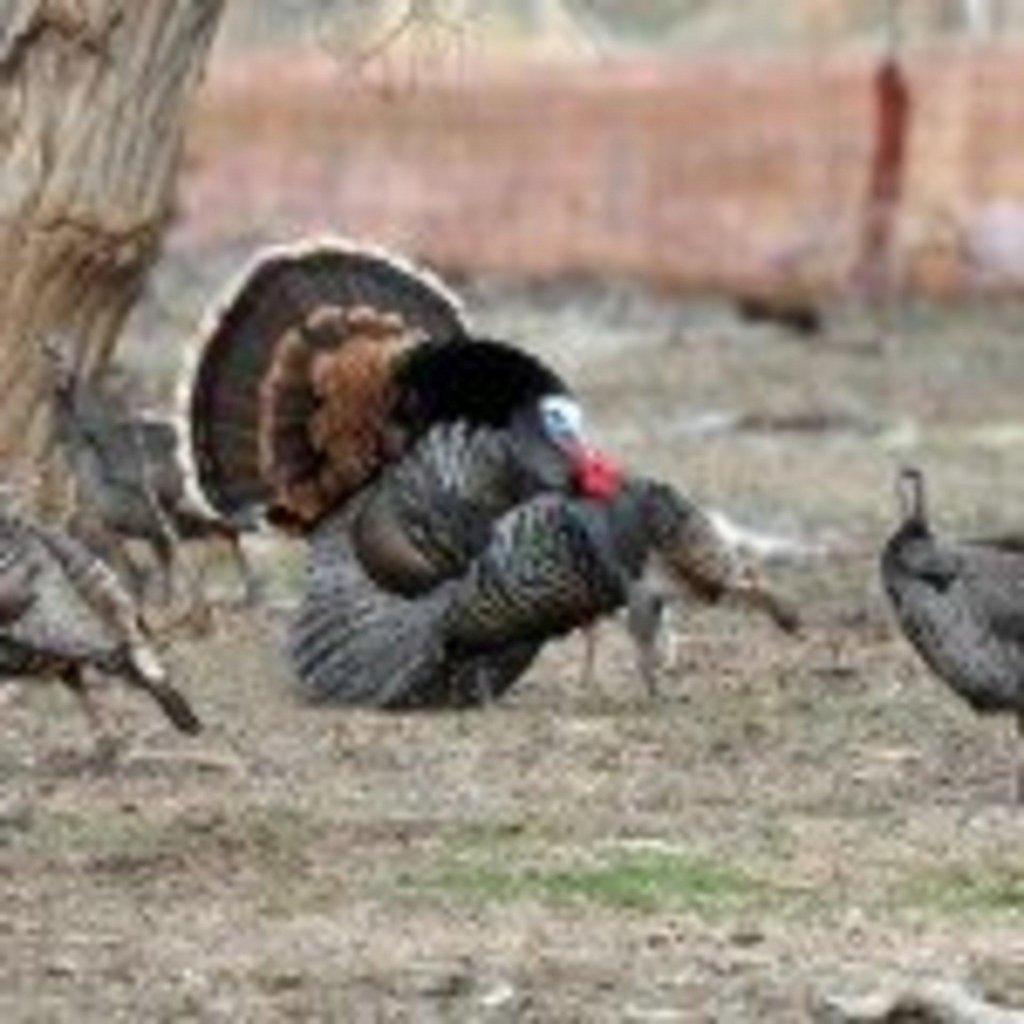 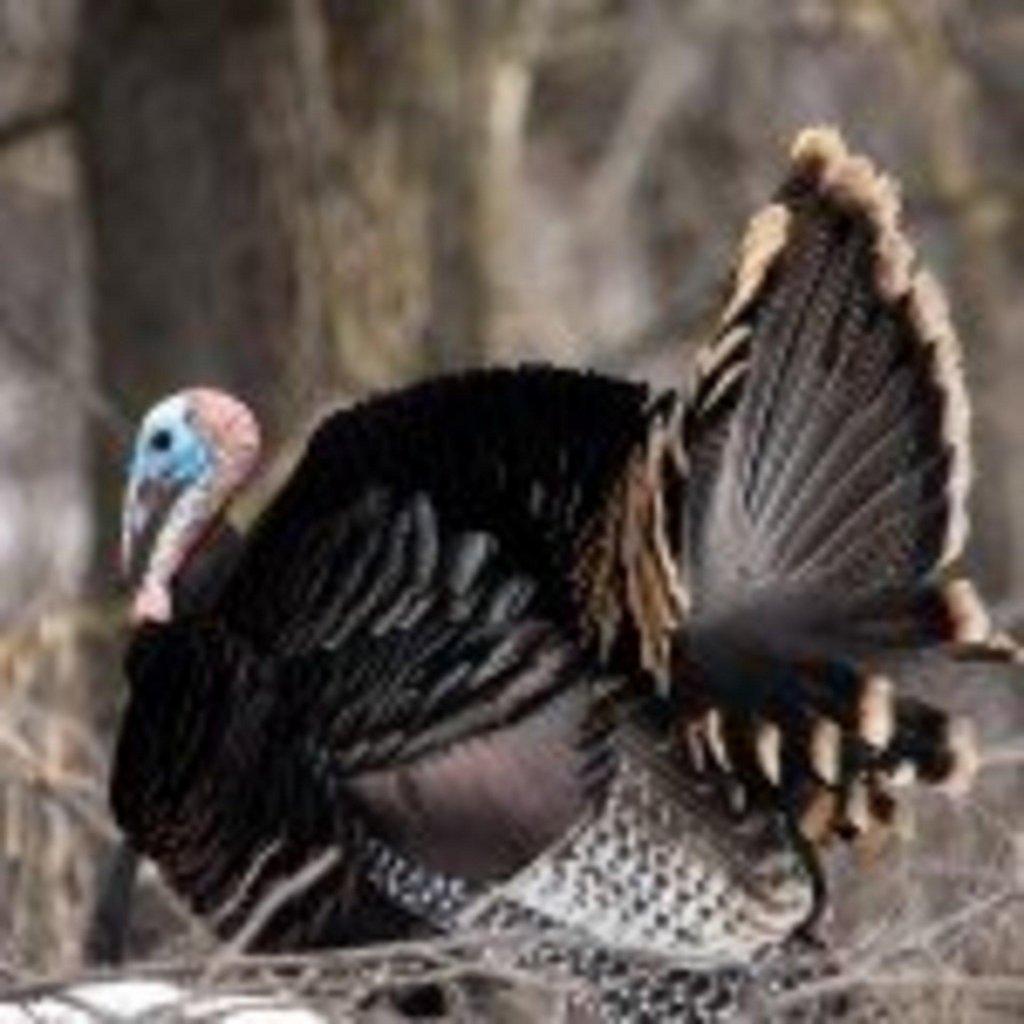 Winter is a great time to view turkeys. The birds congregate in lower elevations when the cold and snow arrive. Photo courtesy of Phil Douglass – DWR. 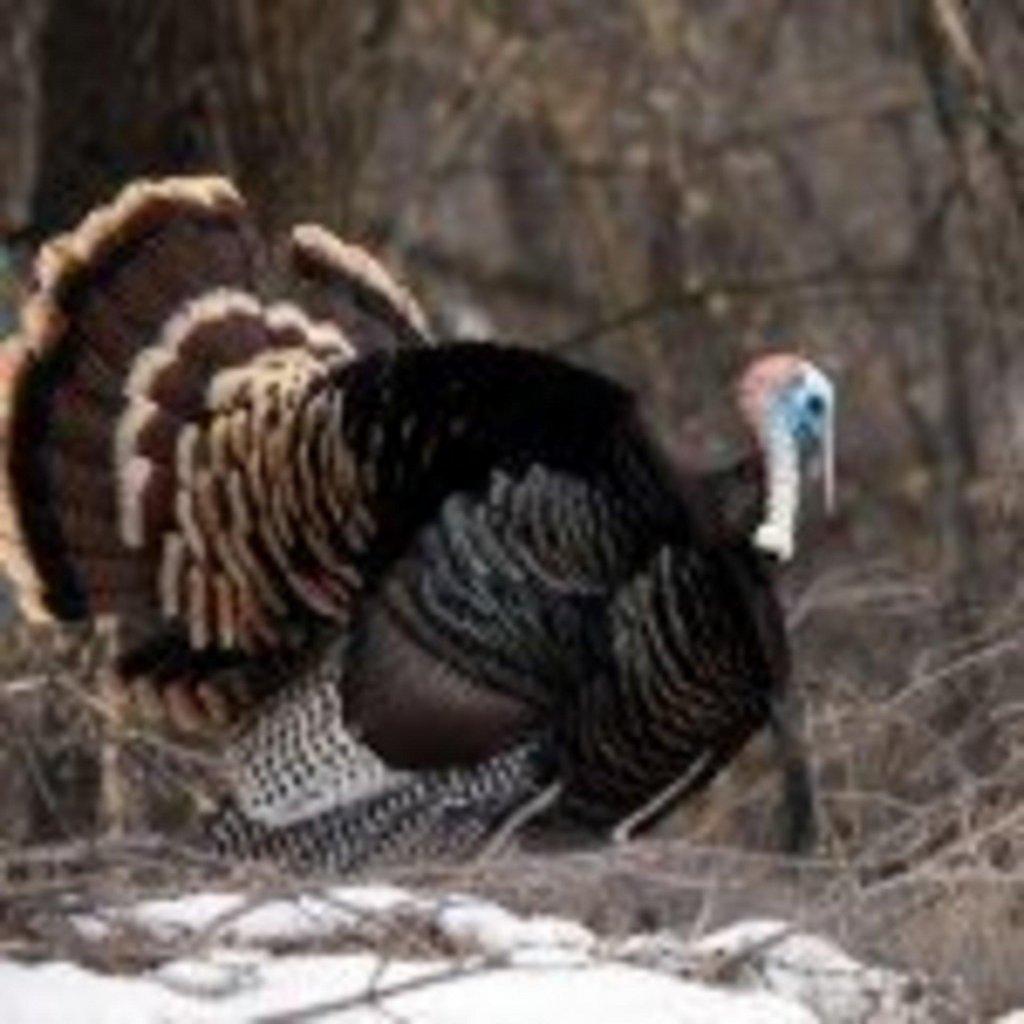 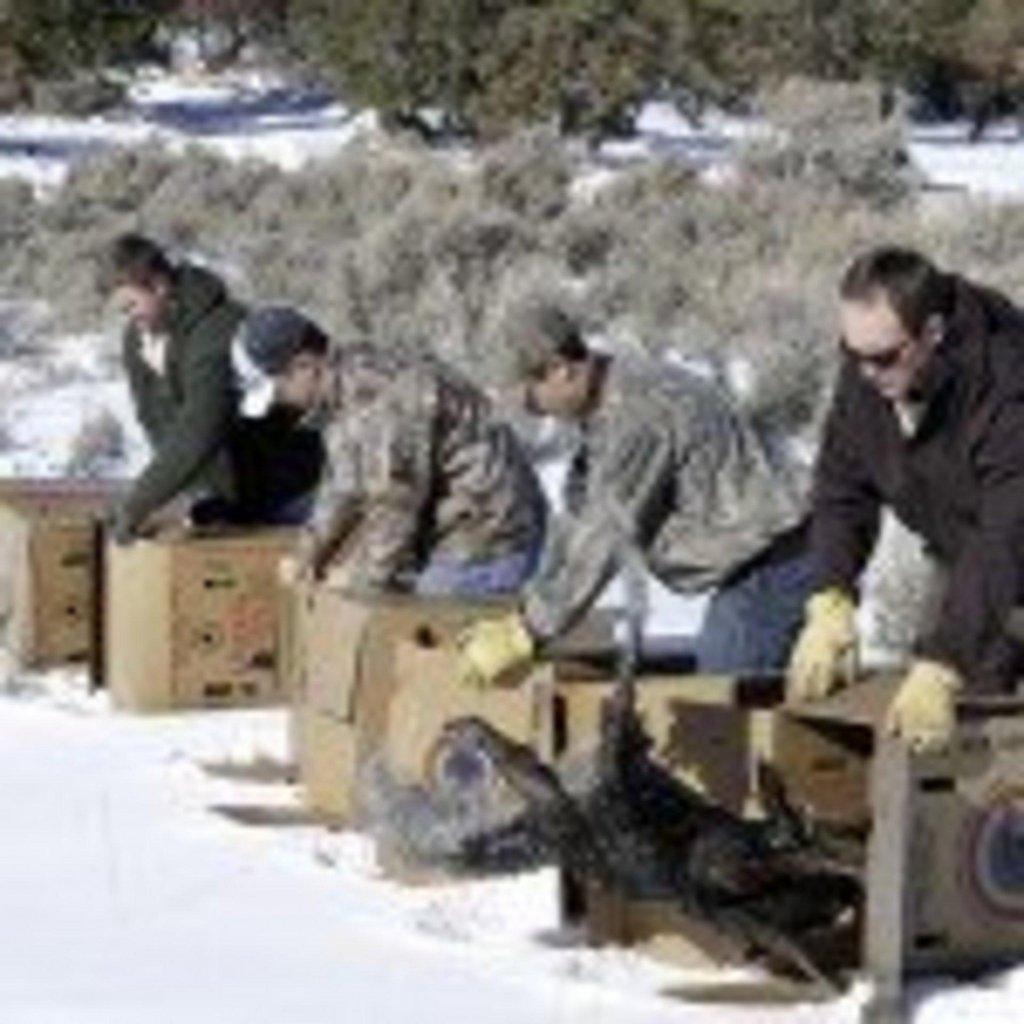 A total of 118 turkeys from South Dakota were released in eastern Utah last winter. Photo courtesy of Phil Douglass – DWR.