A contingent of wildland firefighters that are originally based out of McCall, Idaho have been stationed at the Carbon County Airport as a way to ensure that wildfire season has a quick response and protection.

The airport is located in the geographic response area from their base and, with multiple aircrafts, they will send one down south to the Great Basin Region 4 to support for initial attack. The initial attack aims to get firefighters on the fire as quickly as possible.

In regard to being on the road and away from home, firefighters do have a limit of about 14 days. The pilots have a 12-day period and usually rotate more frequently. The group that is currently stationed at the airport is the second group to come through and is about halfway through its two-week tour.

The first group of the season was stationed in the beginning of June. A number of them traveled to New Mexico for a fire as well as responded to a fire up Nine Mile Canyon.

This season, there has not been much activity or need for the firefighters thus far. It was stated that the storms have been relatively wet, but Utah will be hot for the next while. Though moisture has come in, it perpetually dries out. Later in the season, it tends to get drier and drier.

The wildland firefighters came prepared with support and resupplying equipment, full gear, parachutes, media and digital equipment, and more. There is also equipment that is brought in for physical training to maintain the firefighter’s health and wellness.

When this group of firefighters wrap up its time, another contingent of about the same size will be brought through. It was stated that a load is eight members in a plane and maybe an additional two to four more, though it does depend on how busy the season gets. 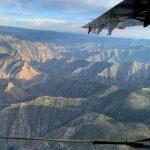 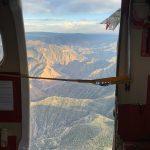 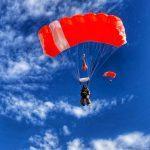