As wildlife biologists scanned photographs taken by a trail camera in the Uinta Mountains last winter, they saw something never captured before in Utah: the first official photos of a wolverine.

Kim Hersey, mammals conservation coordinator for the Utah Division of Wildlife Resources, says biologists from the DWR and the U.S. Forest Service set four bait stations—monitored by trail cameras—along the north slope of the Uinta Mountains last January. They set the stations to capture images of elusive forest-dwelling carnivores, including wolverines.

“Ashly Kula, a U.S. Forest Service biologist from Evanston, Wyo., picked the four spots,” Hersey says. “She did a great job. She put us exactly where we needed to be.”

DWR and forest service biologists used snowmobiles to reach the areas and set up the stations. Then, this spring, they started retrieving the cameras.

After retrieving the cameras, nothing unusual showed up in photos from the first, third and fourth stations. But images from the second station were a different story: they showed the first wolverine verified in Utah since a wolverine carcass was found in 1979.

Hersey says biologists baited the second station with deer that had been killed by cars. Marten, jays, squirrels and a red fox were among the wildlife that raided the station. “The fox took off with the bait,” she says. “All it left behind were the wire wrappings that were supposed to secure the bait to the area.”

Even though the bait was gone, the odor the carcasses left behind was enough to attract a wolverine to the area. On Feb. 18, two days after the fox made off with the bait, the camera captured its first image of the wolverine. The animal only stayed in the area about five minutes. That was enough time, though, for the motion-sensing camera to capture 27 images.

Then, almost three months later, photos of a wolverine were captured by another trail camera in Wyoming, about 20 miles from Evanston. The Wyoming photographs were taken between April 10 and April 27. “We don’t know if the wolverine in Wyoming is the same wolverine in the images from Utah,” says Adam Brewerton, regional sensitive species biologist with the DWR.

Brewerton says biologists want to compare images from the Utah camera with the images taken in Wyoming. “We’d like to determine if the wolverine in Wyoming is the same animal in the Utah images,” he says. “If it is, we can determine a time frame when the animal or animals may have been in the area. We can also determine if the wolverine was wandering through the area or if it’s a resident animal that’s making its home here.”

Even though wolverines were historically found in the high mountain areas of Utah, Hersey says they were probably rare. In recent years, biologists have received reports of sightings and tracks in the Bear River and Uinta mountains. “We don’t know if the animal or animals that left the tracks are residents or are just passing through,” Hersey says.

She says wolverines are known for their ability to travel huge distances. “They’ll occupy territories as large as 350 square miles,” Hersey says. “In 2009, a young male wolverine was documented traveling over 500 miles from Grand Teton National Park to Colorado.”

Wolverines are the largest terrestrial member of the weasel family. They range across portions of northern Europe, Asia and North America. They live in forests, tundra and mountains that have cold, snowy conditions.

An animal that was never common, wolverines in the continental United States were decimated in the early twentieth century by unregulated fur trapping and predator control. Since then, populations have rebounded and expanded. Today, an estimated total of 250 to 300 individual wolverines live in the Northern Rocky Mountains of Montana, Idaho and Wyoming and the North Cascades in Washington. 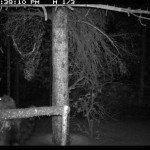 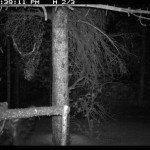 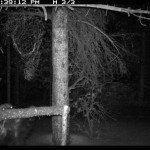 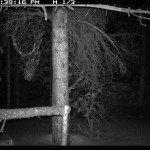 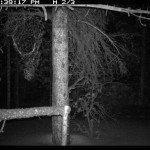 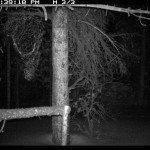 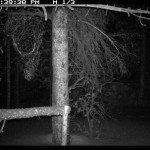 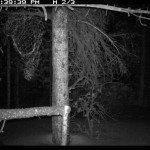 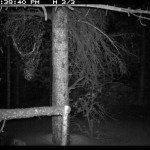 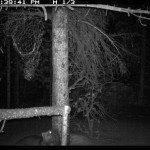 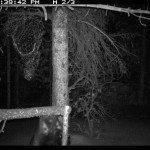 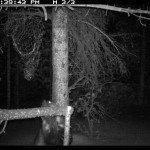 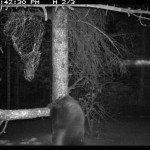 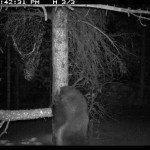 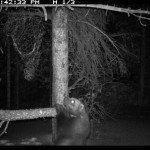 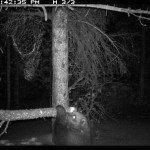 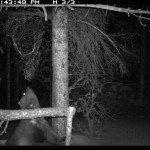 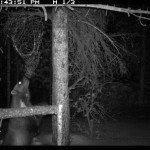 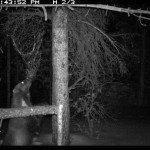 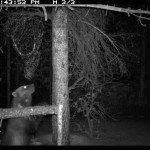 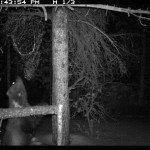 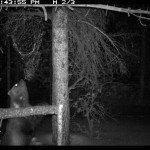 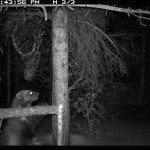 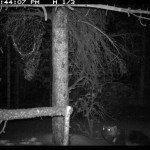 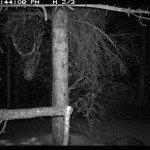 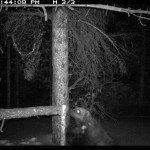