On Saturday, Linda Johnstun’s School of Dance was taught a master class by Yusha Soranzo from the Joffrey Ballet.

Johnstun received a letter from the Joffrey Ballet Company in the spring, inviting Linda Johnstun’s School of Dance to participate in its outreach program. Only a few studios from each state were selected in to receive a master class. A master class is a class given to students for a particular discipline by an expert of this discipline.

The Joffrey Ballet is a professional dance company resident in Chicago, Illinois. The Joffrey was originally founded as a tour company in 1956 and was based in New York City until 1995. The Joffrey is now located permanently in its new facility, Joffrey Tower, in downtown Chicago. The company specializes in both classical and contemporary pieces.

Three classes were taught to 60 students of the Nonstop Dance Company and a nine-year-old advanced class by Soranzo. The classes were 90 minutes long and taught in contemporary ballet.

Soranzo is from Trinidad and received her primary instruction from the New World School of the Arts, The Miami Conservatory and The Dance Theater of Harlem. She has also attended Complexions Contemporary Ballet, The Alvin Ailey American Dance Theater and TU Dance under the direction of Toni Pierce-Sands and Uri Sands. Yusha has performed with recording artists Wynton Marsalis, Beyonce and Rihanna. She also appeared as a guest artist on Dancing With the Stars. Recently, she starred as the lead dancer in the independent film “You Me and The Circus.”

Currently, Soranzo is performing for other companies as well as teaching for the Joffrey Ballet School, both nationally and internationally. Soranzo travels worldwide to teach and teaches in ballet, contemporary and modern.

Soranzo was  impressed with the student’s technique in ballet and the energy they gave her. Because of the level of technique the student’s showed, Soranzo was able to teach the students a fun and energetic class. Johnstun shared that her school is planning on Soranzo coming back in the spring for another class. 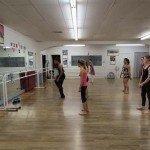 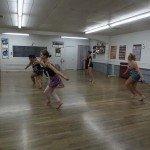 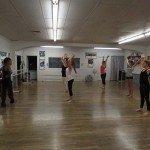 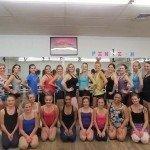