Mark Steiner has a message. Sentenced to five years to life in the Utah State Prison for manufacturing methamphetamine, Steiner has come a long way in the past decade.

Steiner spoke to a group of approximately 100 at the Jennifer Leavitt Student Center at USU Eastern Tuesday night. The group, most of whom are either on parole or probation, listened attentively to Steiner’s heartfelt story of redemption and promise.

“If you don’t give it away, you lose it,” Steiner said of the reason he speaks at these types of functions and at the Utah State Prison.

Wade Allinson, Adult Probation and Parole Supervisor for Carbon, Emery and Wayne Counties, invited Steiner to speak at the event to help those over which he has responsibility.

“I felt he had a message of hope and that change is possible in the face of addiction,” Wade said.

But it was Wade’s father, Bill, who first met Steiner six months ago, and upon hearing his remarkable story, knew Steiner had a message that could spur change.

“I am just a guy who’s been able to stay clean and sober for a long, long time,” Steiner said.

But it wasn’t until he was sentenced to prison that his path to sobriety began. Steiner related to the audience his sobriety date, May 24, 2001, making it nearly 13 years since he last used drugs or consumed alcohol. Steiner took advantage of treatment inside prison to kick his addictions.

Before Steiner’s incarceration, he had a contractor’s license and had dreams of owning a business. While in prison, he was told he would never be able to regain the license he once had.

Steiner wrote down everything they said he would never be able to do and was determined to prove them wrong.

“They told me it would never be the same,” he said. “I didn’t take no for an answer.”

After serving 51 months in the Utah State Prison, Steiner worked his way back to owning a contractor’s license. According to Steiner, he was the first person ever to successfully regain a license in Utah after having served for such a time in prison.

Steiner currently owns and operates a multi-million dollar remodeling and roofing business in Eagle Mountain named Care Roofing & Remodeling. He related that while in the process of regaining his contractor’s license, he learned his trade by watching Internet videos on home repair and honed his skills while working for another company.

Through the entire process, Steiner’s wife Laura has been by his side. Mark credits his recovery to her and his three children.

“Family support was the biggest thing,” he said.

The transition back to civilian life, however, had some rough patches, especially with his children.

“They were trying to push me out,” Mark said.

With time he proved to his children he had truly changed and said he is glad for the experience because it helped them become the strong family they are today.

Laura explained that while Mark was incarcerated, their son Nick began acting up and eventually found himself in trouble with the law.

“They were ready to throw the gauntlet down on him,” Laura said about Nick’s troubles.

But it was Mark who explained to the prosecutor in Nick’s case that his son’s problems were a direct result of his own. With tears in his eyes, Mark related to the prosecutor his story and asked to give him the chance to help his son. Laura said that the prosecutor, moved by Mark’s story, spoke to the judge and persuaded him to give Nick one more chance.

Nick hasn’t been in trouble with the law since, and is currently enrolled at the University of Utah pursuing a degree.

Mark continues to give back, speaking to prison inmates and teaching kids in his community to play baseball.  He was the first person ever to go back to prison and speak at a ConQuest Program graduation, a substance abuse treatment program offered in the Utah State Prison.

Mark even built a public batting cage at his home for anyone to use. Local parents have asked him to teach their children to play baseball. Mark said he spends about 20 hours per week teaching kids the game he loves.

Mark once asked himself before his incarceration, “What have I become?” as he sat manufacturing methamphetamine in a filthy shed. His life’s prospective has certainly changed.

“It’s all about family, and living the life,” he said. 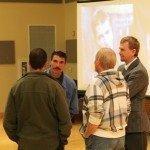 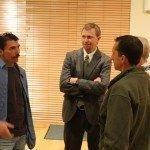 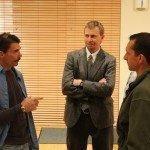 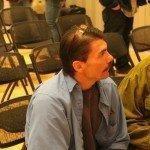 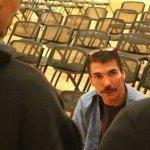 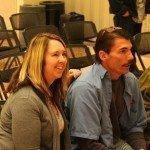 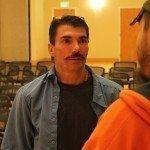 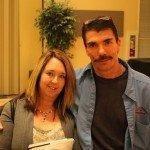