SALT LAKE CITY — Your heart pounds as you sit crouched in a few short scrub oak trees. You break the still morning silence again with another repetition of your turkey call. Very slowly, you raise your shotgun and take aim at the magnificent strutting tom turkey making its way steadily toward where you are sitting.

It’s another incredible experience in nature that you’ll never forget.

However, because we’ve had a cool, wet spring, there are a few things you should know and do before heading out to hunt:

There are currently between 25,000-35,000 wild turkeys throughout the state, and they’re doing really well. However, Utah’s south central and southwestern regions have the highest density of turkeys in the state — and a relatively low number of hunters — which means these areas may provide better hunting opportunities. Turkey populations in the southeastern areas of the state may be lower this year due to harsh winter conditions, so hunting will likely be better elsewhere.

Turkeys may also be primarily located in lower-elevation areas this year due to a higher snowpack and late spring.

Due to a wet spring and slower snowmelt, you will likely have difficulty accessing some higher elevations this year. There are still snowdrifts and wet, muddy roads in some lower-elevation areas as well, so you should be prepared for the conditions. The cold, wet weather may have delayed nesting this year, which means that hens still need to be bred. So tom turkeys will be especially interested in chasing hens later into the year, making gobbling peaks a little later than usual.

“Hunters can expect toms to be receptive to calls, and overall, the general season should be better than in years past,” DWR assistant wildlife program chief Blair Stringham said.

There are two turkey subspecies that live in Utah: Rio Grande and Merriam’s. Rio Grande turkeys are usually found at lower elevations. River bottoms dotted with cottonwood trees and areas containing mostly oak and pinyon-juniper trees are some of their favorite spots. Merriam’s turkeys, on the other hand, are typically found in ponderosa pine forests at higher elevations.

If you’re planning to hunt, try to get out and scout a few days before your hunt begins. Becoming familiar with the area and locating where the turkeys are is key to a successful hunt. You should spend time observing the turkeys’ daily patterns so that during the hunt, you can set up in an area where the birds will be active.

“Turkeys are often found on private property, so be aware of the land ownership in the area you’re hunting,” Stringham said. “Also, calls and decoys can greatly increase your success so I’d recommend practicing with those beforehand. And lastly, turkeys have incredible eyesight so be sure to wear good camo.”

For other general turkey hunting tips, visit the DWR website.

You can buy a permit for the statewide general season anytime between now and when the hunt ends on May 31, 2019. Permits for the limited-entry season, however, are available only through a drawing. General-season permits are available on the DWR website. They’re also available at hunting license agent locations and DWR offices.

For more information on season dates and permits, see page 35 of the 2018-19 Utah Upland Game & Turkey Guidebook. The free guidebook is available online at www.wildlife.utah.gov/guidebooks or at hunting license agent locations and DWR offices.

“Utah’s turkey population numbers have never been higher,” Stringham said. “Whether you’re a long-time hunter or just getting started, now is a great time to get a tag and chase some gobblers.” 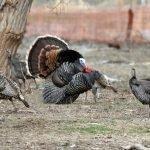 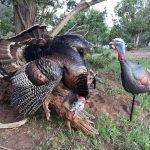 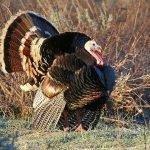